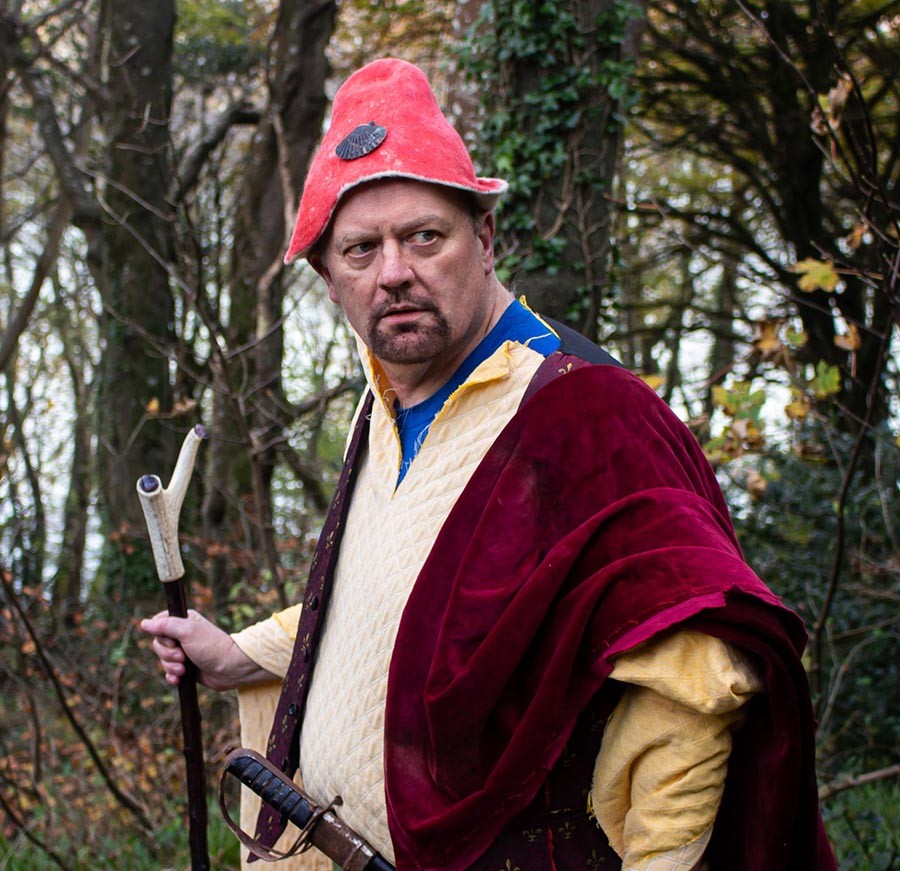 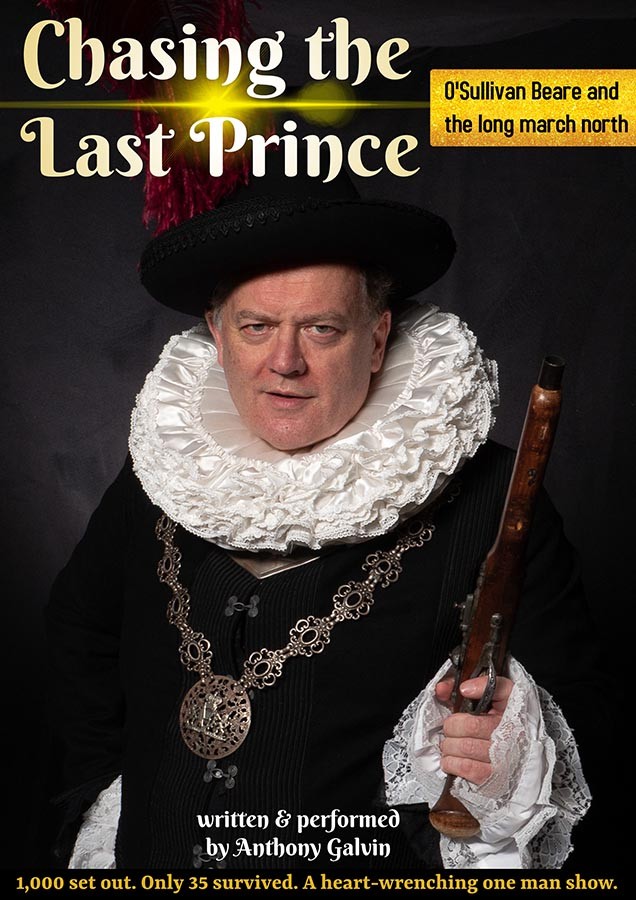 A moving pageant on New Year’s Eve will celebrate one of the pivotal moments of Irish history, while also launching a new play by a Cork playwright.

Author Anthony Galvin, who is originally from Ennis, will walk from Glengarriff to Gougane Barra in medieval costume, while performing extracts from his new one-man play Chasing the Last Prince along the route. He is hoping to be joined by a large crowd for the walk, many in period costume.

“I want to create a moving spectacle, following the footsteps of Donal Cam O’Sullivan Beare, the last Gaelic prince of Ireland,” he said.

After losing the battle of Kinsale O’Sullivan set out, on New Year’s Eve 1602, with a thousand followers. During the two week forced march from west Cork to Leitrim only 35 survived. The rest were lost to cold, hunger, hostile tribes and British pursuers. O’Sullivan died in exile in Spain, the last of the Gaelic chieftains to defy the British.

Mr Galvin hopes to recreate the first day of the march, by leading a band of followers from Glengarriff to Gougane Barra on the dying day of the year. This is the first stage of the Beara Breffni way, the hiking trail that commemorates O’Sullivan’s escape. He hopes some will march the full distance with him, but hopes many more will join the beginning or end of the event.

“It’s not about the walk so much as celebrating the man, and his heroic effort to bring his people to safety. So even those who don’t fancy a six hour hike can come along and join the fun at the beginning or the end. It will be even more fun if they dress up.”

Mr Galvin will perform an extract from the play in Glengarriff at 10am, and will then start walking the 30km trail, dressed in the same clothing O’Sullivan would have worn. He will perform more extracts en-route before ending in the popular beauty spot with a final performance.

“O’Sullivan was a bit of a dandy – ruffed collar and all. But by the time he fully committed to the Irish cause he had abandoned English fashions and dressed in the old Irish style, a full-length saffron leine. My daughter is making the costume for me,” said the author.

Mr Galvin is a former journalist who has written more than a dozen books, including the best-selling Family Feud, about the warring Limerick drug gangs. He now works as a full-time entertainer, and is looking forward to touring his new play to small theatres in Cork throughout spring, before bringing it further afield later in the year.

“It is an exciting story that has always fascinated me. During lockdown I decided the time had come to put the story into words. O’Sullivan’s nephew Philip wrote an almost contemporary account of the march, which provided great detail. I think audiences are crying out for live entertainment after two years of hiatus. And I believe this story has all the tragedy, drama, and even humour, that they are looking for.”