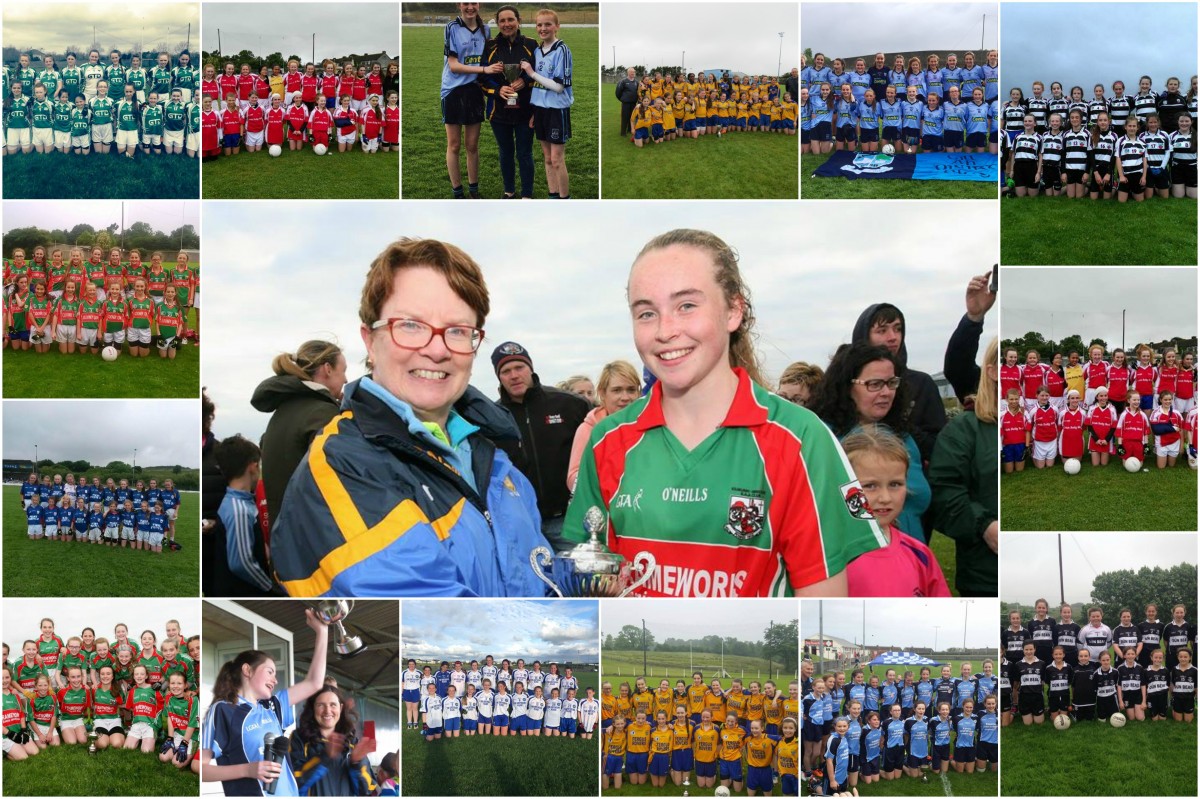 Cooraclare and Kilmurry Ibrickane represented the County in the Féile na nGael competition in Kerry last weekend with both reaching the knockout stages.

Cooraclare made a clean sweep of their round robin match beating SN Ailbhe Killinure in their first match 1-9 0-0. In their second match on Friday evening, they again kept their opponents scoreless with a win over Austin Stacks 2-8 to 0-0. On Saturday morning their hosts Killarney Legion got the only score against them in the round robin but Cooraclare came out on top 2-5 to 1-0.

This brought them to the quarter finals on Saturday afternoon where they scored 4-11 and again left their opponents Monaleen without a score on the board. Next up on Sunday was Oldmill Newcastlewest in the semi-final where Cooraclare met some stiff competition; however they won out in the end after extra time 0-7 1-2.

Downpatrick were their opponents for the final and it proved to be a low scoring game. Cooraclare played some lovely football but they lost by the loneliest of margins. Final score Downpatrick 0-4 to Cooraclare 0-3.

Kilmurry Ibrickane finished joint top of their group with two wins and a draw. Kilmurry Ibrickane started their campaign with a strong win over Chluain Tarbh 6-3 to 2-3 and had to settle for a draw in their second match against Kilcummin 3-1 KIB 1-7. The Bricks accounted for their hosts Beaufort on Saturday morning 3-6 to 1-4 and this put them joint leaders with Kilcummin.

The quarter final v Edendork St Malachy’s saw the side’s level after extra time. Kilmurry Ibrickane came out on top when Klara Baker’s shot sealed the win. Next up was Fossa in the semi-finals and Kilmurry gave it everything they had and were just short at the end. Final score Fossa 2-5, Kilmurry Ibrickane 1-6.

This past two weeks saw the conclusion of the U14 championship and the timing was perfect to send Cooraclare and Kilmurry/Ibrickane to the Féile.

The top tier semi-finals saw town rivals Doora Barefield edge past the Banner 3-7 to 3-6. The other semi saw two West Clare sides Kilrush and Cooraclare do battle with the Milesians coming out on top 4-16 to 1-5. Cooraclare went on to win the division A Cup with their victory over Doora Barefield 1-14 to 0-2. Banner claimed the Shield with a win over Kilrush 6-9 to 4-4.