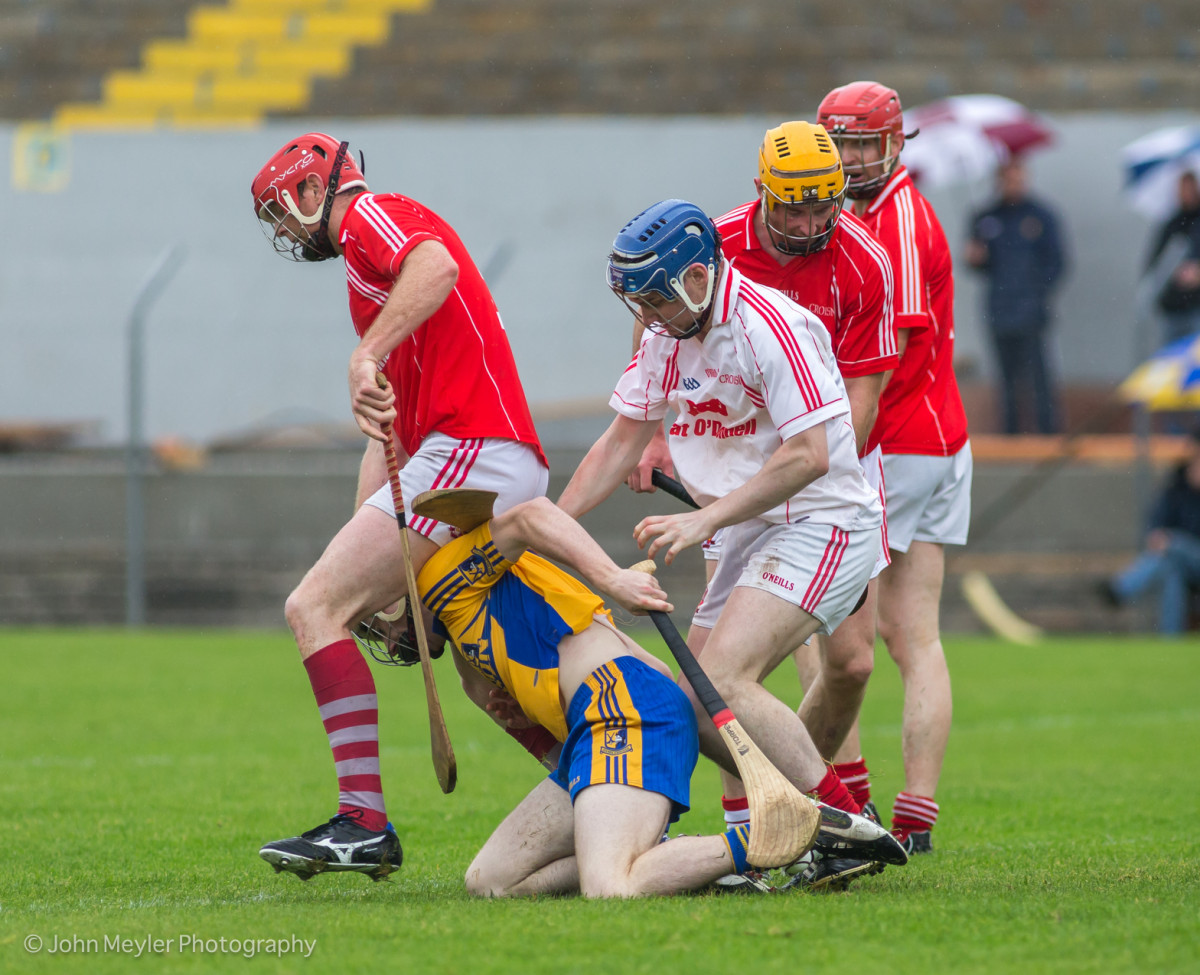 Crusheen edge past the Tones

Crusheen advanced to the quarter-finals of the Clare SHC with a narrow three point victory over Wolfe Tones.

A goal from Fergus Kennedy on the tenth minute proved to be the difference as Crusheen’s experience made a difference on a wet day in Broadford.

At half-time the John Carmody managed side trailed by a single score with four points of their 1-05 tally coming from frees. The indiscipline of the Shannon outfit was punished by the ever reliable Paddy Vaughan while Donal Tuohy slotted over a long range free. Nonetheless the Tones were ahead 0-09 1-05.

Wolfe Tones would register only three points in the second half as Crusheen dug deep. As the game entered the final quarter James Carrig’s men were still ahead by the minimum but points from Conor O’Donnell on the double and one from Ciaran O’Doherty edged the 2011 Champions in front when it mattered most.

Once they regained the lead there was no stopping Crusheen who now have a four week break until their quarter-final outing. Wolfe Tones on the other hand are in action in two weeks and they must go through the back door if they’re to make the last eight.