A 20ft high mural of Argentine Marxist revolutionary Che Guevara, which was painted over by a local authority in 2013, has mysteriously reappeared in Co Clare.

The face of Guevara, who visited Kilkee in West Clare in 1961, was painted on the sea wall on Tuesday night just days ahead of the Che Do Bheatha Latin American and Irish music and dance festival.

Although there was no event last year, the festival proved popular on the previous three occasions. The iconic mural adorned the alley wall at the west end of Kilkee beach in 2011 and 2012 but was painted over by the local authority in 2013.

This was despite an agreement being reached at a Kilkee Town Council meeting that it should remain until the festival was over.

The event was established in 2011 to mark the 50th anniversary of the visit to the town of Che Guevara whose plane had been grounded at Shannon Airport.

The world-renowned image was created by Irish artist Jim Fitzpatrick after a chance meeting with Guevara in the Marine Hotel bar in Kilkee during that visit.

Although based on a photograph by the late Alberto Corda, Fitzpatrick’s image has become a worldwide phenomenon featuring on t-shirt’s, plaques and posters.

The mural was painted over in 2013 just days before the festival was due to begin. The event organisers were told at the time that this was because a group of American tourists had left the town after seeing it.

Organising committee member Johnny Redmond said: “The town of Kilkee was both surprised and delighted with the reappearance of the famous Che Guevara mural on the west end ball alley walls just in time for the festival this weekend. The mural was controversially taken down by the Clare County Council during the last Che festival in 2013 citing that it had upset visitors from the USA.”

“It was not put up there to attract controversy but just as a symbol and reminder of Che Guevara’s 1961 visit to Kilkee. Our festival is totally non-political and is a celebration of Latin American music and its association with Irish traditional music,” Mr Redmond added.

The Cuban Ambassador to Ireland, His Excellency Mr Hermes Herrera, will officially open this weekends festival. 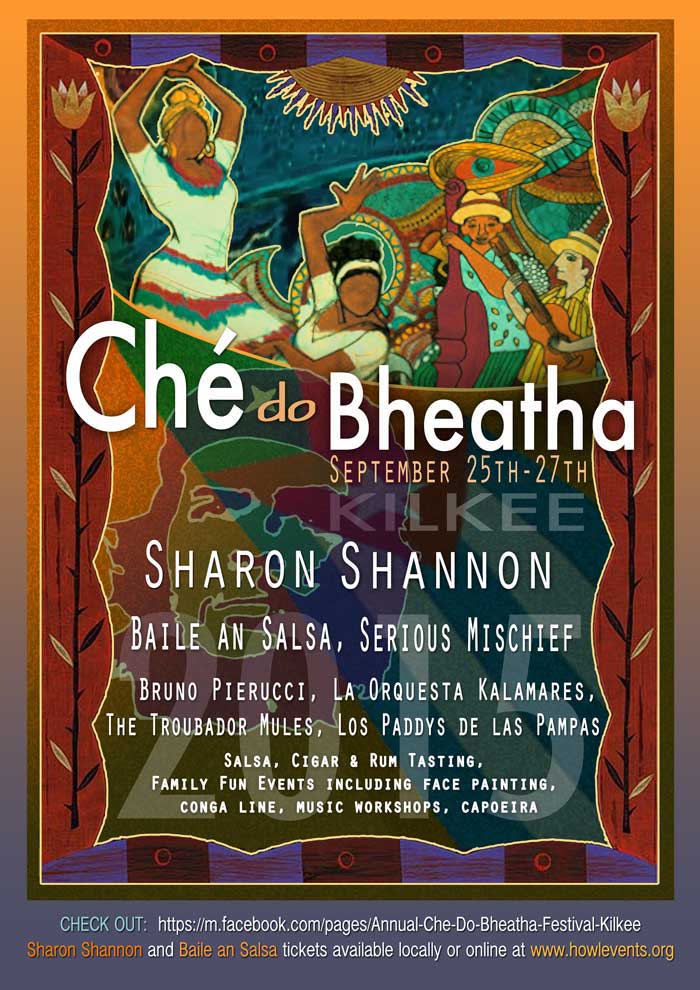