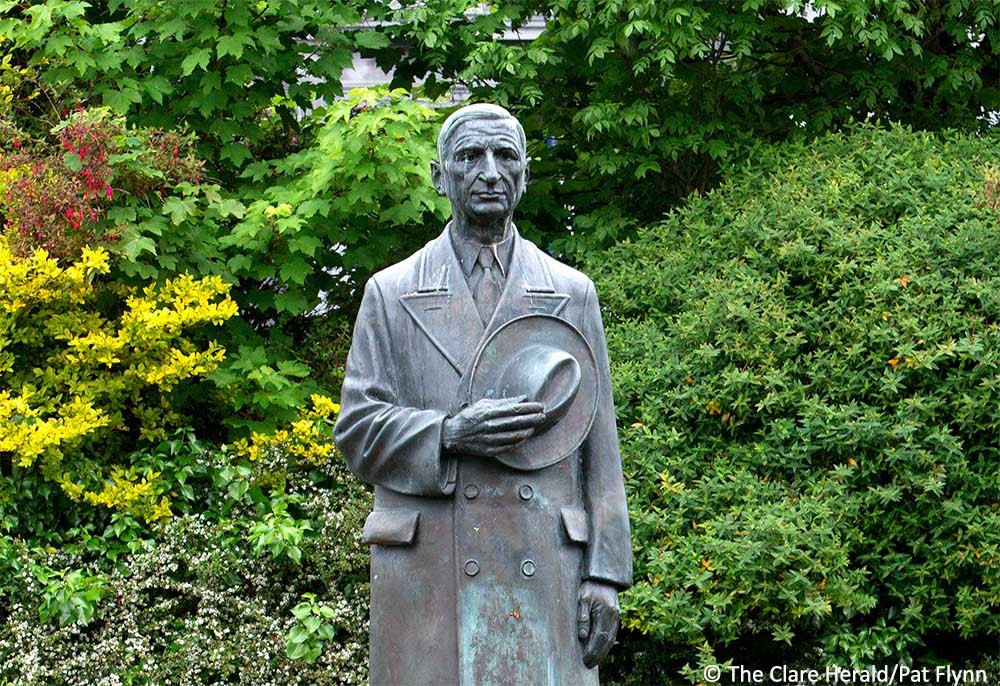 With the centenary of the East Clare By-Election approaching on 10th July, a link to the event which began the political career of Eamon de Valera has gone on display at Clare Museum in Ennis.

Ennis woman and Cumann na mBan activist Kathleen Griffin was only 18 years old when she campaigned for de Valera in 1917 and she carried with her an autograph book which she offered to Dev’s supporters who travelled from all over Ireland to ensure his election for their signatures.

Names recorded in the album included national figures such as Countess Markievicz who fought with Citizen Army during the 1916 Rising and Arthur Griffith, founder of Sinn Féin, whose party benefited enormously from the Rising, even though the party had nothing to do with it.

It also included Laurence Ginnell MP, a prominent independent nationalist and future Sinn Féin member and local republicans Michael and Patrick Brennan from Meelick.  The Brennan’s had been recently released from internment at Frongoch and would be to the fore in taking the War of Independence to the Crown Forces during the 1919-1921 period in Clare.

Economics and romance would curtail Kathleen Griffin’s participation in this coming War of Independence, as she would soon move to Liverpool to work for a short time before returning to Ennis to marry a former British soldier and raise a family. She lived in Francis Street and on one occasion saved the life of a teenage boy whom British soldiers were about to shoot by pretending he was her brother.

She emigrated to the UK with her adult children in the 1940s and remained there until her death, aged in her 90s.  She passed the autograph book on to her granddaughter Marian Trevillion, who in turn donated the autograph book to the Clare Museum, via the Kilmainham Jail Museum, earlier this year.

According to Museum curator John Rattigan, “’Kathleen Griffin’s autograph book is a welcome addition to the museum collection, especially as we approach the centenary of this significant political event.  For both Kathleen Griffin and her granddaughter, this album of signatures was held as an almost sacred object such was its significance to them as a historic document and a family link to an important event.  It enriches our exhibition and I have no doubt that it will find meaning for many visitors who view it also.”

This is the second autograph book connected with the decade of centenaries to go on display at the museum in less than a year.  Last year, the Frongoch autograph book of Patrick Brennan, whose name appears in the Griffin album, went on long term display and has been the subject of a publication by historian Tomás MacConmara.  Several names appear in both books providing tangible continuity between the 1916 Rising in Dublin and by-election in Clare a little over a year later.

Interestingly, the signature of the man at the centre of the by-election, Eamon de Valera, is absent from the Griffin autograph book. Kathleen had of course obtained it, but remarkably the page with de Valera’s name in his own handwriting was removed by a priest who kept it as a souvenir.