The largest drone ever flown in Ireland has carried out its first European test flight in Co Clare.

The company that designed the CGT45 SLT unmanned aerial vehicle (UAV) wants to establish Clare as a European test centre for its drones.

A-techSYN, which designs and builds unmanned aerial systems (UAS), launched its UAV business in the Shannon Free Zone near Shannon Airport in 2017. The company forms part of the Shannon Avionics Cluster.

Yesterdays demonstration was held at Spanish Point airfield in front of Clare Minister of State for Trade, Employment, Business, EU Digital Single Market and Data Protection Mr Pat Breen; representatives from the Turkish Embassy in Dublin; Shannon Group as well as members of the Irish Coast Guard, Civil Defence and other interested groups.

A-techSYN’s CGT45 SLT is one of the first UAV’s to use electric engines for take-off and landing and a combustion engine during fixed wing flight. The event was the first demonstration flight in Europe for the CGT45-SLT.

“We believe this was first UAS flights of this size in Ireland. We invited Universities and potential important customers from across Europe who we already met during our promotion activities,” the company added.

“The GCS operator and UAV and Irish Air Corps pilot Oisin McGrath who is now the first Irish UAV pilot to perform a flight with a UAV over 25 kg in Ireland. The CGT45-SLT is a VTOL (Vertical Take-off and Landing) UAV with a wingspan of 4.5m, an endurance of 6 hours and a payload capacity of 4 kg,” the company added.

The drone took off from Spanish Point airfield shortly after 2.30pm and flew out over the coast before returning to the field again.

The CGT45 SLT comprises a complete system with Ground Control Software, hardware, tracking antenna and even a Flight Simulator that can be used to train new operators easily and safely. The UAV is also equipped with several safety functions such as return to home, redundant C2 links, battery and power generator, and even an ADSB transponder. 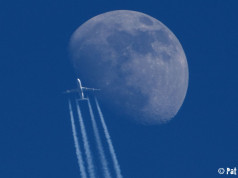 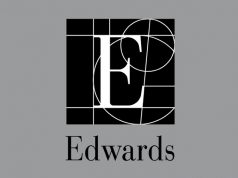 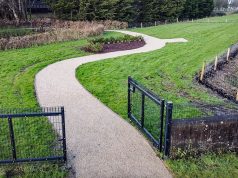