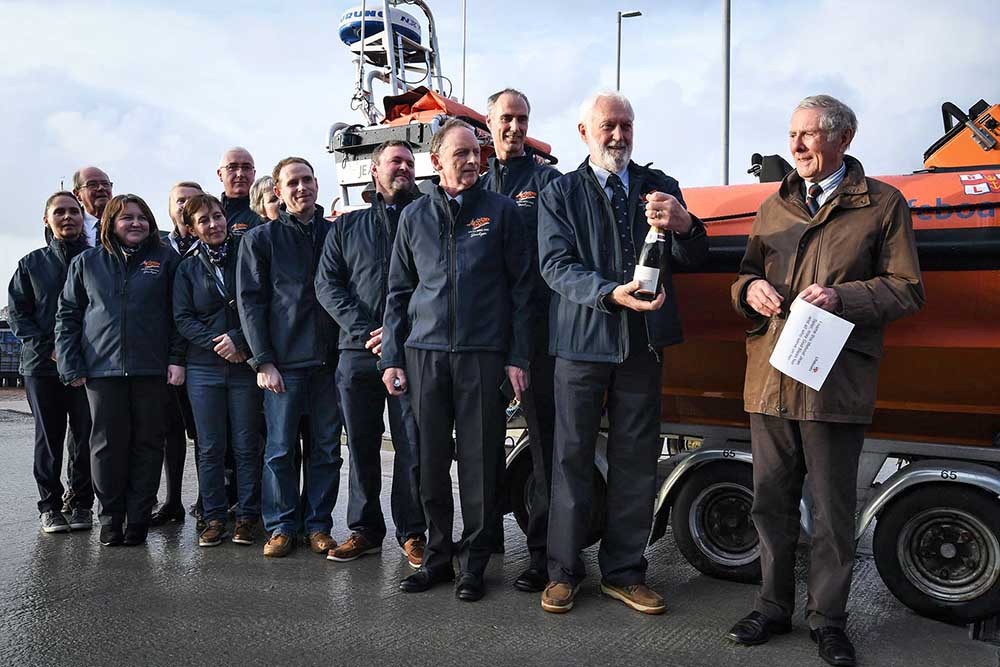 A new lifeboat has been delivered to Lough Derg’s volunteer RNLI crew.

A Naming Ceremony for the new lifeboat had been held earlier at the RNLI Lifeboat College at Poole in the south of England. The new lifeboat was donated to the charity by Robert and his late wife Jean Spier and, having identified Lough Derg RNLI as a Station in need of a new lifeboat, the RNLI have put the lifeboat on service on Lough Derg.

Volunteer crew from Lough Derg RNLI and members of the Lough Derg RNLI Fundraising Committee travelled to Poole for the ceremony. Remaining crew stayed at home to provide cover the lifeboat in the event of a Shout.

John McCallion, Head of Internal Construction opened the ceremony with a warm welcome to all guests. Robert Spier, the donor and wife of Jean Spier then handed the lifeboat into the care of the RNLI.

In 2016 Robert and Jean Spier, active supporters of the RNLI, intended that together they would donate a new lifeboat to the charity, and were delighted when the Lough Derg B class became available to support. Sadly, Jean died in October 2017 and Robert Spier is dedicating the new lifeboat, an Atlantic 85 B911 ‘Jean Spier’ in her name. Lough Derg RNLI Lifeboat Station is the fortunate recipient of this new boat.

Niamh McCutcheon, an RNLI Irish Council Member and Chairperson of Lough Derg Fundraising Committee, accepted the lifeboat on behalf of the RNLI before handing it into the care of Lough Derg RNLI. Mrs. McCutcheon thanked Robert and Jean for “so generously agreeing to fund this lifeboat following your many years of fundraising for the RNLI” and extended an open invitation to Mr. Spier to come to Dromineer to visit the station and crew. 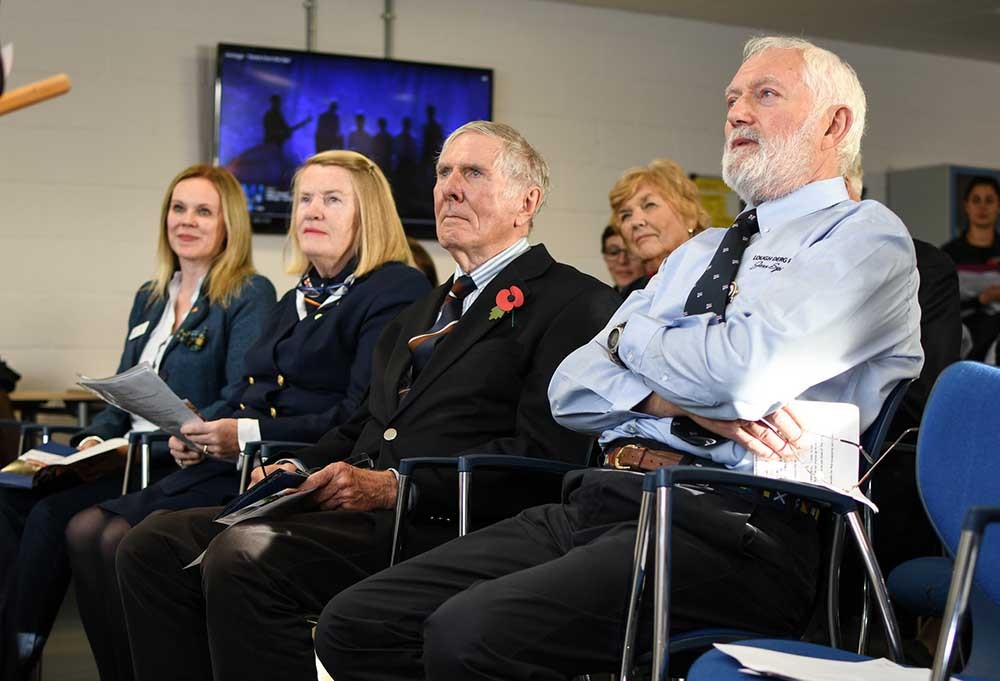 To the delight of everyone present The Wareham Whalers, The Dorset Shanty Crew performed ‘Home from the Sea’, a song beloved by all lifeboat crew, as part of their performance.

Accepting the lifeboat on behalf of the volunteer crew of Lough Derg, Liam Maloney, Lifeboat Operations Manager said ‘how proud we are to get this state of the art lifeboat for our station and also to express how grateful and humbled we are by the extremely generous gift from you Robert and your late wife Jean’. Of the lifeboat, Mr. Maloney commended the designers and builders and said that the new lifeboat ‘promises quicker response times with more space for casualty recovery and is able to carry more crew during training exercises.

But most importantly for Launch Authorities waiting anxiously at the station, we have radar to guide our crews home on dark nights and in foggy conditions’. Mr. Maloney read a poem, ‘Lifeboat’ especially composed for the occasion by Eleanor Hooker, volunteer helm and poet.