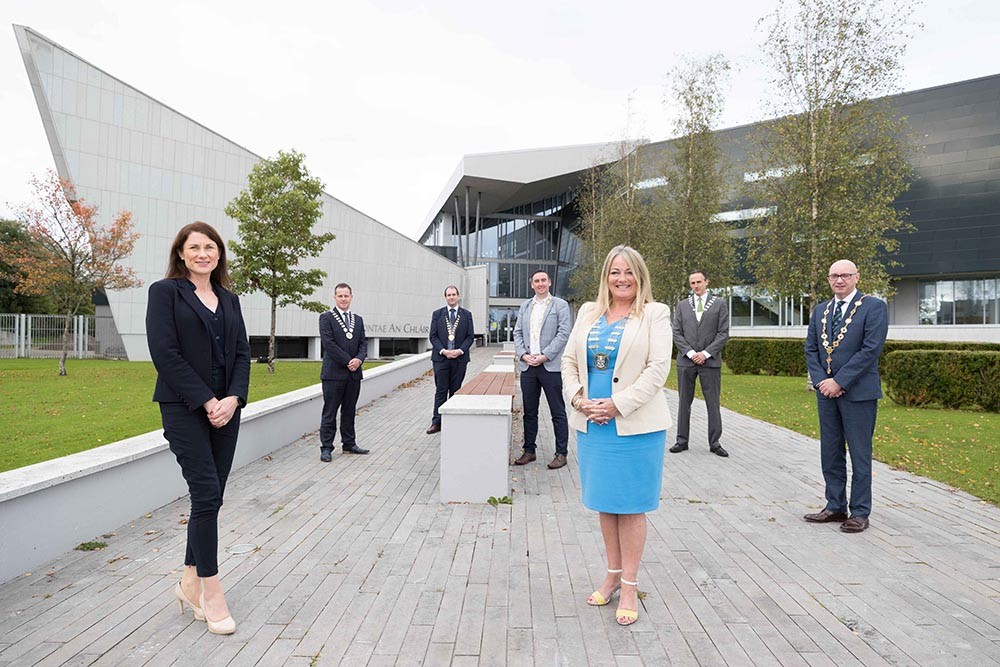 Mayors from Clare, Limerick, Kerry, Tipperary and Galway, who have formed an alliance to support Shannon Airport, have pledged to do all they can to lobby Government for airport supports to ensure balance regional development.

At their inaugural meeting which has taken place in Clare County Council offices in Ennis, the Mayors were briefed by Mary Considine, CEO, Shannon Group, on the challenges facing Shannon Airport due to the catastrophic impact of the Covid-19 pandemic on aviation. They heard how, due to the public health measures advising against non-essential air travel, Shannon Airport passenger traffic, like other airports in Ireland, has been devastated.

The Mayors agreed that there is an urgent need for a more equitable distribution of air passengers into airports outside of Dublin and this will require a change in national aviation policy to ensure that it is aligned to the Project Ireland 2040 objectives. Given the vital importance of air connectivity in supporting regional economies outside of the capital, the mayors agreed that there is a vital need to support aviation and protect the thousands of jobs that depend on Shannon Airport. The Mayors are particularly concerned about maintaining Shannon’s position as a transatlantic gateway.