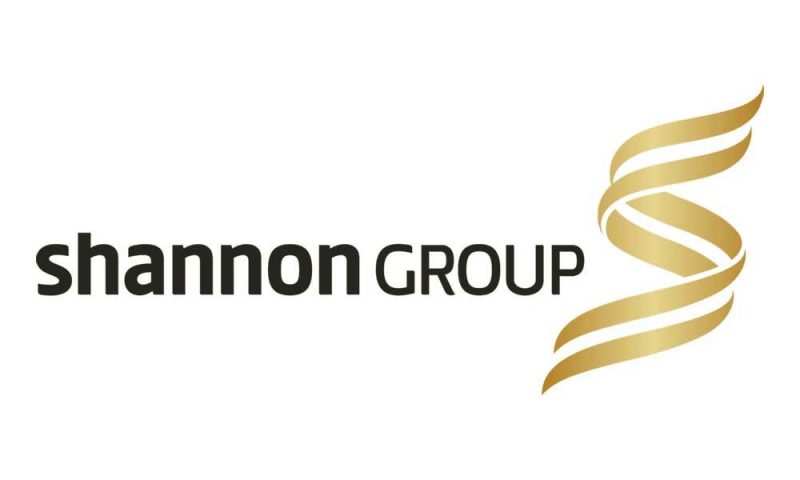 Iconic buildings will be lighting up green and a host of events are planned as Shannon Group’s contribution to a virtual celebration of St Patrick’s Day.

Among these will see a greening of Shannon Airport and Bunratty Castle in Clare, Dunguaire Castle in Galway, King John’s Castle in Limerick and Malahide Castle in Dublin.

Shannon Group has partnered with a variety of regional and national bodies on an array of virtual events in Clare, Limerick, Tipperary, Galway and Dublin as part of the national festivities.

Commenting on the initiative, Mary Considine, CEO, Shannon Group said: “Our airport and heritage sites may be quiet these days, but we are determined to play our part in adding a bit of cheer to the St Patrick’s Day festivities. We are greening our buildings and will share a number of virtual events which we have partnered on and we hope the public will enjoy. We are delighted to be part of the Tourism Ireland #GlobalGreening which now spans 55 countries worldwide and is a wonderful way to keep Irish visitor sites, currently closed due to the pandemic, in front of an international audience. We would like to wish everyone a wonderful St Patrick’s Day – Lá Fhéile Pádraig sona duit.” 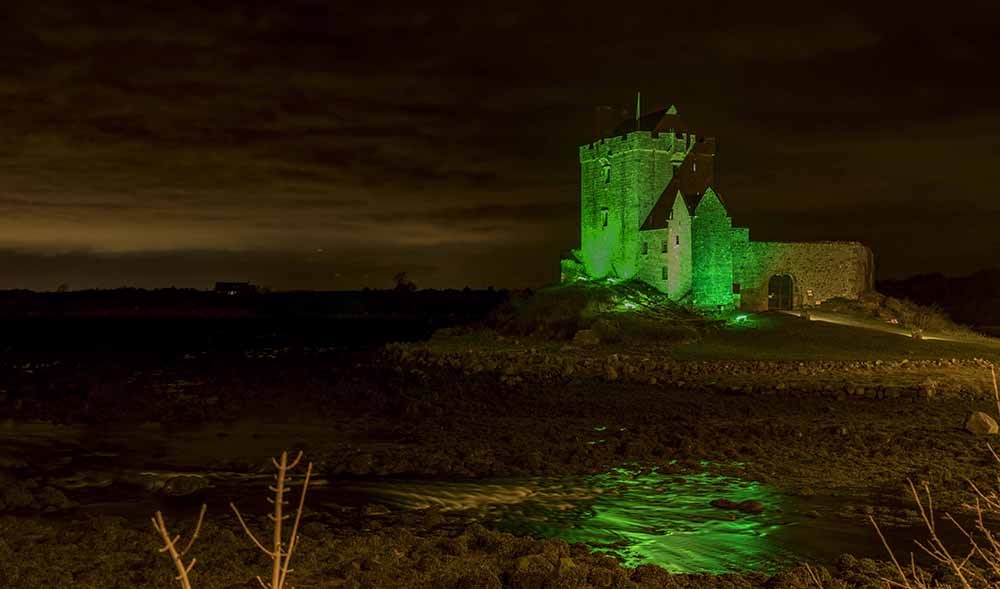 Bunratty Castle in Clare and the GPO in Dublin City Centre are among well-known buildings taking part in the National St Patrick’s Day Festival programme “Solas: Awakening Ireland”, a nationwide series of illuminations, which will see these and other iconic buildings immersed in light. The initiative will see projections of reimagined, contemporary Irish imagery such as Ogham lettering, phrases and typography projected onto these structures. A special illumination film is being presented on SPF TV at  https://www.stpatricksfestival.ie/ on 17th March.

The Bunratty Castle Entertainers will perform their very own mesmerising rendition of the moving Irish folk song, Dúlaman which will be shared across the attractions’ social media platforms on St Patrick’s Day.  This performance was pre-recorded by David Spain of Spain AV as part of the 2021 Nenagh Live St Patrick’s Day Festival. Nenagh Live is a three-episode, three-day event to celebrating the people and heritage of Nenagh and its surrounding areas. 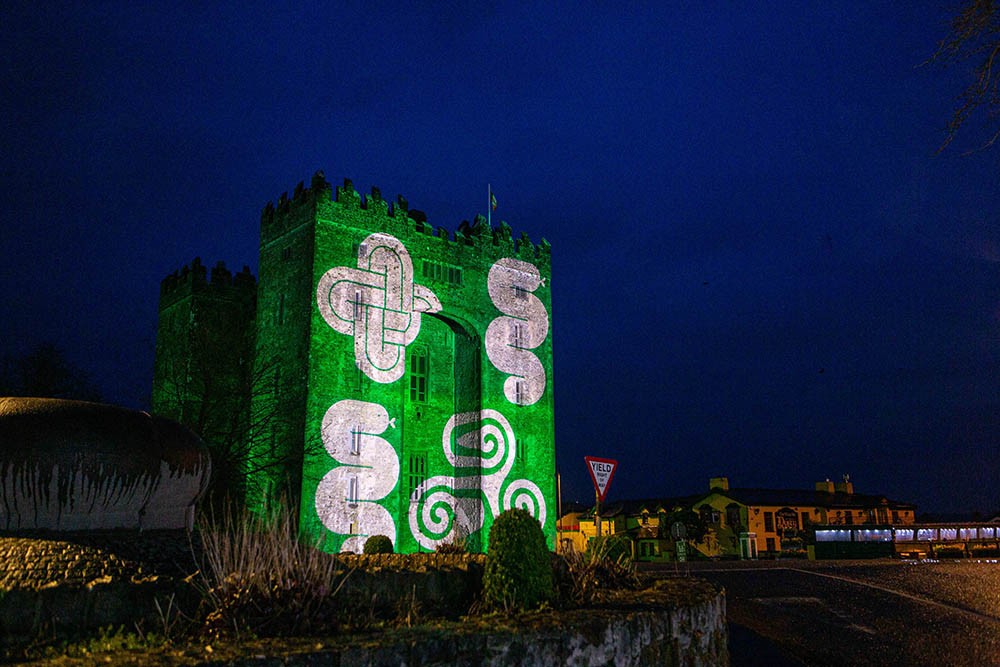 In addition, Bunratty Castle and Folk Park is playing host to a wonderful traditional music performance by MAMO. The musicians that make up MAMO are Abby Ní Loingsigh on fiddle from Cork, Stephen O’Dea on guitar from Clare, Róisín Broderick on concertina from Galway and Killian Shannon on banjo and bouzouki from Clare.

Mamo perform an eclectic mix of their beloved Irish traditional music and songs, mixed with some original material from the cosy and charming surrounds of Macs Pub located on the Village Street at Bunratty Folk Park. The performance is streaming at 2.30pm on St Patrick’s Festival TV on Tuesday 16th March https://www.stpatricksfestival.ie/

Funded by Limerick City & County Council and supported by Fáilte Ireland, King John’s Castle is the setting for “Abduction from on High – St Patrick in the Sky” a new breath-taking aerial dance spectacular from Limerick based Fidgetfeet Aerial Dance.

As part of Limerick’s Virtual St Patrick’s Festival, the production will be streamed on https://www.limerick.ie/stpatricksfestival at 5pm on Wednesday 17th March and is one of many highlights from the city’s virtual celebrations. The event comes as the iconic castle was recently voted as Limerick’s favourite building.