Aer Lingus transatlantic services from Shannon Airport could remain grounded until summer 2022 while the airline’s schedule ‘remains under review’.

It’s believed a document outlining the airline’s timeline for the resumption of services, circulating among company workers, states that the Shannon to New York and Boston routes will not recommence until the middle of next year.

The routes were suspended when the global pandemic struck and brought the aviation industry to its knees. Aer Lingus’ very popular Shannon to London Heathrow was also suspended while new services to Paris and Barcelona, due to commence last summer, also failed to take off as a result of the health crisis.

It’s understood that a document, which outlines the airline’s plans for resuming schedules, outlines plans to resume operations on previously operated routes from Dublin as well commencing new services from Dublin and Manchester to destinations including Barbados and Mexico.

It also says however that the Shannon to New York (JFK) and Boston routes have had their “suspensions extended” to S22 (summer 2022) or “February mid-terms or early March.”

The document also highlights a “priority on rebuild the DUB (Dublin) hub from September” while two other routes could resume in summer 2022 but are “low priority”.

There’s also speculation about the future of the popular Aer Lingus Shannon/London Heathrow service with some suggesting that if flights resume on the route, it may not be with an aircraft that would be based at Shannon.

The airline would usually have one Airbus A320 aircraft based at Shannon to serve the London Heathrow route while a long range A321neo have been used to operate transatlantic services to New York and Boston.

The airline’s full year results, published at the end of February , showed the carrier made an operating of loss of €361m in 2020. This represents the largest ever loss in the airline’s history and demonstrates the profound impact of Covid19.

The airline confirmed in March that all 129 in-flight and ground operations staff at Shannon would be placed on temporary unpaid lay-off from March 8th June 7th. This, according to Aer Lingus, could be further extended or changed based on work requirements at the Mid-West airport.

According to the Fórsa trade union, this lay-off has not been extended to June 20th.

Fórsa official Ashley Connolly said the union is calling on Aer Lingus to provide a commitment to Shannon base and to those who work there: “Uncertainty remains over the recovery and future of aviation, despite signs of hope as more people are vaccinated against Covid-19. Slowly but surely we are seeing roadmaps to reopening, which is encouraging after more than a year of restrictions, but there is no equivalent plan for aviation, an industry that supports hundreds of thousands of jobs in Ireland.

“The news today from Shannon reveals the continuing vulnerability of the industry and the economy of the Shannon region, which is why we need to hear a solid commitment form Aer Lingus at this critical time. The pandemic has struck a devastating blow to every part of the industry, and the future of the industry remains uncertain.

“Fórsa has sounded its warning over the industry for more than a year now, but the necessary state interventions to protect the future of Irish aviation haven’t materialised. We continue to advocate for solutions based on social dialogue, and the union has backed campaigns seeking to ensure the future survival of this key industry.

“While there are welcome signs of hope elsewhere in the economy, there is little to draw comfort from on aviation’s future both immediate and long-term. All stakeholders, including the Government and industries relying on aviation, need to take on the challenge of planning a sustainable future,” she said.

When asked to comment, a spokesperson for the airline said: “Aer Lingus is currently flying a significantly reduced schedule. The schedule for the duration of 2021, and beyond, remains under constant review.”

Independent TD for Clare Michael McNamara said: “This is a cause of great concern but is indicative of the government’s laissez faire attitude to aviation which is now coming home to roost. It’s not just this government but also previous governments.”

“It’s ironic that some of the Aer Lingus fleet is now being deployed to operate from Manchester when there are no plans to resume services from Shannon.

I am also concerned for the Shannon to Heathrow service and for the future of the airline’s slots at Heathrow if they’re not used. It’s clear that the government’s aviation policy is at odds with its regional development and foreign direct investment policy,” Deputy McNamara added.

Fianna Fáil Spokesperson on Tourism and Aviation Cathal Crowe said: “I’m calling on Aer Lingus to urgently make clear their future intentions for flying out of their Shannon base. Shannon, for many decades, has been the first stepping-stone for many North Americans entering Ireland and indeed Europe and it is essential that this connectivity is restored in the quickest possible timeframe.

Aer Lingus, like many airlines, can feel disgruntled and hugely frustrated with the situation over the past 14 months, whereby practically all aircraft were grounded, very few took to the skies but the fact is there is now a clear pathway emerging for the restoration of international air travel.”

“Whilst I fully understand the need for airlines to have a lead in period so that pilots and cabin crews can be ready and certified to return to the air, and also for marketing purposes, there is nonetheless an expectation that airlines here in Ireland and further afield will now start to commit to running services in the months ahead.

Ryanair recently announced a new route from Shannon to Corfu and they expect to be running from Shannon in the summer and autumn period – we need to same commitment from Aer Lingus. This period of uncertainty is near an end and whilst I look forward to a staycation in Ireland with my family, I’ve already booked a flight from Shannon in August in anticipation of a return to international travel,” he said.

“It’s important that we here in the Midwest commit to supporting Shannon but we also need equal commitment from our airlines that have for so long serviced the region,” Deputy Crowe added. 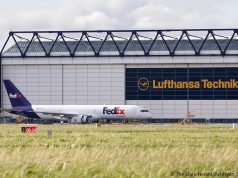 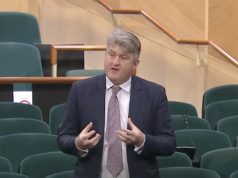