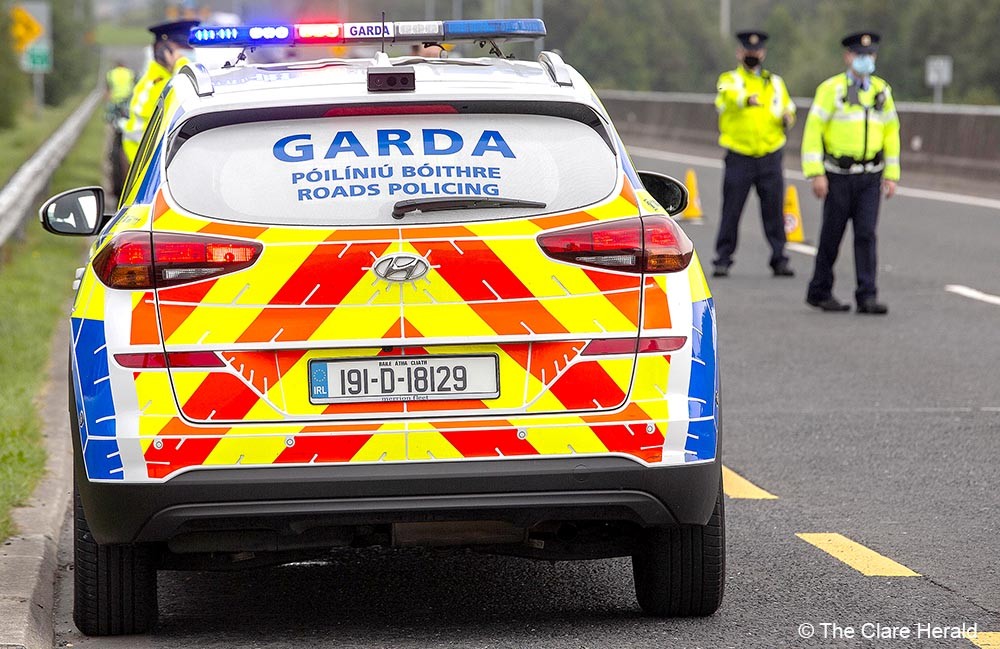 A motorist who was arrested close to where a car had been crashed and abandoned on the M18 motorway in Co Clare.

A vehicle had been reported earlier to be driving on its rims on the motorway. Members of the Clare Roads Policing Unit responded to the call and drove to the area in an effort to locate the vehicle and found a silver car has lost control and crashed before being abandoned

Scrapes could be seen on the surface of the road where the vehicle had skidded on its rims.

The driver was found nearby and arrested. The motorists also tested positive for cocaine and cannabis.

The driver will now be the subject of legal proceedings and is expected to appear in court at a later date.

Clare Roads Policing Unit received reports of vehicle driving on its rims on the M18. The car was located, crashed & abandoned.

The driver was found nearby & tested positive for cocaine & cannabis. They were arrested. Proceedings to follow. #SaferRoads #ArriveAlive pic.twitter.com/AbxuklYRSI