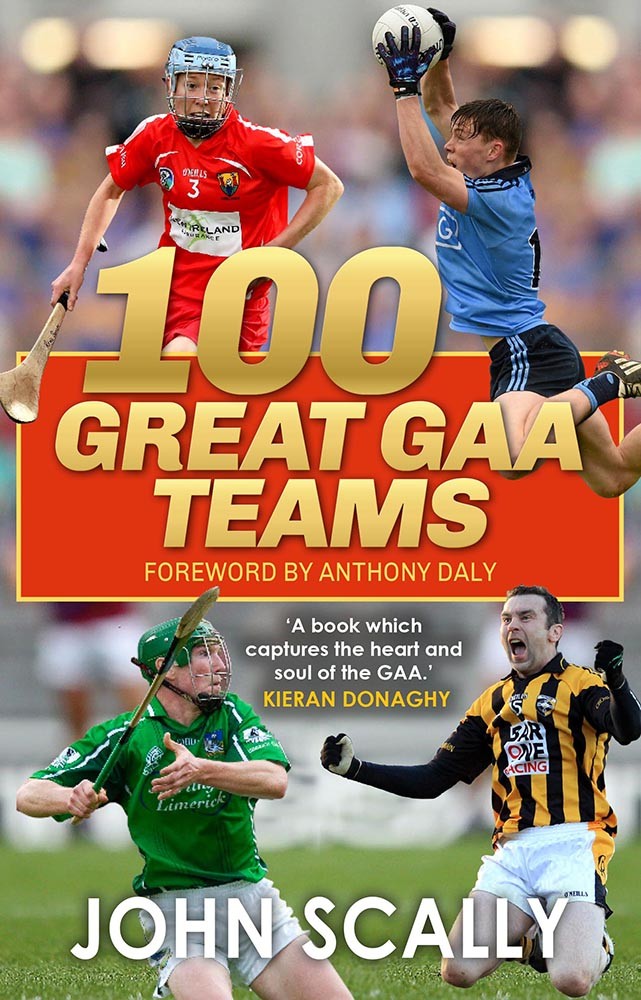 For GAA fans, great teams refine the soul and bring colour and richness to our lives. When our team is on a winning streak it imbues us with a deep feeling of solidarity and a glow that uplifts the spirit. Great teams have that special power. They enable us to tap into the core of life and be energised, to be in touch with our own deepest feelings and get in touch with others.

Dalo writes: ‘I played on a great team that went on a great journey. I think that after the League final in 1995 90 per cent of Clare followers felt that is it: we can’t take any more trouncings. You couldn’t blame them. Although we hadn’t been trounced on the scoreboard, in hurling terms we were. Coming out after the game one supporter said, ‘Kilkenny were a different class.’ This massacre came on the back of major defeats in the two previous years in Munster finals. When Ger Loughnane spoke about us winning the Munster final none of the fans believed him.

There were less than 15,000 supporters at our first game in the Championship and most of them were from Cork. Even when we beat Cork and the Munster final was jammed, it was mostly filled with Limerick people.

Everybody in Clare was convinced that we had no chance of winning that game because two weeks before we had played Galway in a challenge match in Shannon and we bombed.

The scenes when we won the Munster final in 1995 were something to treasure. Although there weren’t that many Clare people there they were absolutely fanatical.

Bringing home the Cup was absolutely incredible. There was a wonderful feeling of achievement and togetherness. We came over the bridge in Limerick and that was fantastic but we were on our own because there wasn’t a Clare person in sight. We thought it would be just a bit of a celebration in Ennis.

When we got to Cratloe we couldn’t get through with crowds. It was such a scene of celebration and sporting hysteria. We couldn’t even get to Shannon because we were a mile late getting to Ennis but they had bonfires for us and everything. Clare FM was well established and it was putting out bulletins of our progress, so everybody knew where we were.

In 1992 the Clare footballers had won the Munster title and that generated great celebrations but hurling was the game that had produced all the disappointments. This was a real break away from all that. You have to remember that when people talked about winning in Clare all they meant was winning the Munster final. The All-Ireland final wasn’t even contemplated because the Munster final had always been such a stumbling block.

For myself personally it was winning the Munster final and the satisfaction out of that. The boys often talk about how unprepared the Clare people were for our win. We got back to Clarecastle and there was no podium. My mother was an avid bingo goer to Ennis on Sunday nights and all I said was it must be a very special night when my mother wasn’t gone to bingo.

Then there was an All-Ireland to challenge for. No one will ever forget the night the training was bad and Stephen McNamara had complained of a stomach bug and Loughnane brought us all back into the dressing-room because we were so lethargic in training. He gave a tyranny of a speech and began with me. ‘It starts with the captain.’ He lambasted me and then everybody else and eventually he came around to Stephen Mac and he hit him a kind of belt in the stomach and said: ‘Sick Mac! Sick is coming out of Croke Park beaten.’ I think that was a turning point because we weren’t going to settle for winning Munster – we were going to go all the way.

We were different people and there was a swagger in our steps going into work and we were nearly like new men.

The Sparrow (Ger O’Loughlin) and myself went for a swim the day before the final and I asked him what did he think and he said he thought we were going to win. I said I felt the same. I had bought in to the theory that it was our year. There was a bit of magic in the air in Croke Park that day. It just seemed the way things fell into place. I just felt that an on the day Offaly got two fortunate goals but we never dropped our heads. We came out and hurled away and got the break with the goal two minutes from the end. Offaly got the goal just before half-time and everyone says that’s a great time to get a goal but it is probably a better time to get one with two minutes to go. Clare were on our way to victory.

It was great going to the schools afterwards just to witness the magic, the awe and the wonder but to me the most special part was meeting the older people. I remember meeting my brother’s father-in-law crying in Thurles after we won. He could remember back to ’55 and all the catalogue of Clare’s heartbreaks. At the time I was so wound up and drained from games that I didn’t fully appreciate it ‘til later. I do now.

That Clare team gave me and the county memories that will last a lifetime.

This book is a long overdue tribute to great GAA teams.

100 Great GAA Teams by John Scally is available in all good bookshops now.