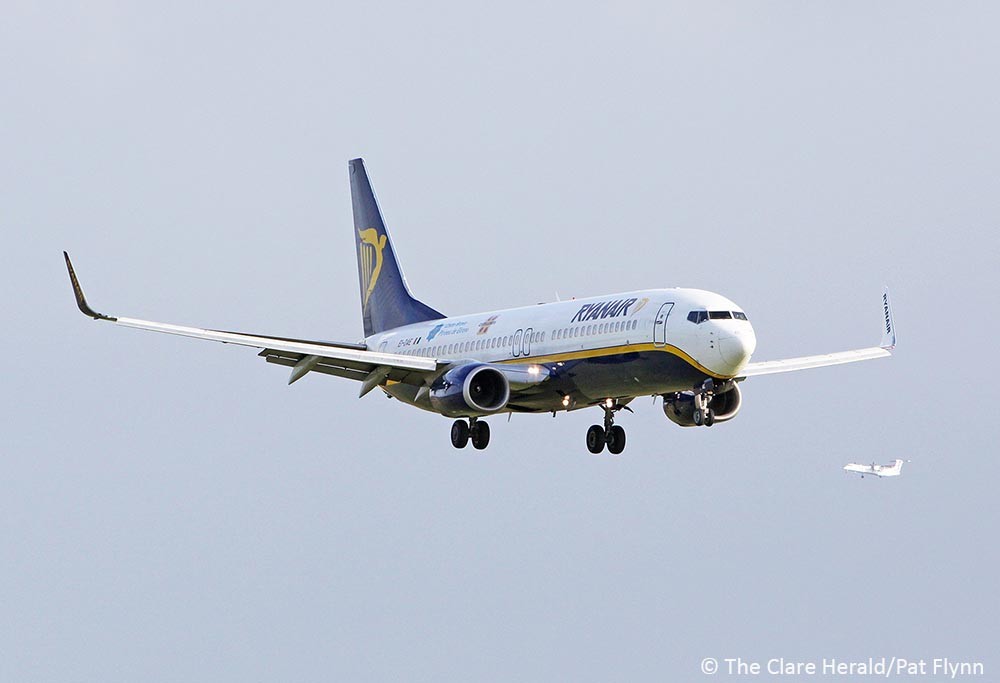 A Ryanair flight to the Canary Islands has been forced to return to Shannon Airport after the crew declared a medical emergency.

Ryanair flight FR-1344 had departed from Shannon at 8.20am destined for Lanzarote.

Twenty five minutes later, when the flight was about 250 kilometres south of Cork over the Celtic Sea, the flight crew contacted air traffic controllers to advise them they had a medical emergency on board.

While cabin crew assisted the ill passenger, the flight crew sought medical advice and considered their options for a possible diversion. The pilots had initially planned to divert to Brest in France and also considered Bristol in England as an alternative.

When it was confirmed that the flight would have to divert to seek medical attention for the passenger, the crew opted to return to Shannon Airport.

The pilots advised air traffic control of their plans and requested clearance to descend to a lower altitude to allow them burn off aviation fuel to ensure they touched down in Shannon within safe landing weight limits. The flight was cleared to descend to 8,000ft for the return to Shannon.

At the airport, authorities mounted response procedures for a medical emergency and alerted the National Ambulance Service. The airport’s own fire and rescue service was also alerted in case the Boeing 737-800 jet had to make an overweight landing.

Shortly before the flight was due to land, the crew confirmed they would be landing within safe weight limits. Airport fire crews, who had taken up positions on taxiways adjacent to the runway, remained in position as a precaution.

The flight landed safely at 9.46am and taxied to the terminal where paramedics and airport staff were waiting. The ill passenger, understood to be an elderly woman, was taken by ambulance to University Hospital Limerick for treatment.

The flight resumed its journey to Lanzarote shortly before 11.00am.