A commemoration to mark the centenary of the destruction of the Union Workhouse at Corofin was held on Sunday last.

Speakers included Declan Kelleher, Cathaoirleach, Cumann Staire is Dúchais Chora Finne (the organisers of the event); Senator Martin Conway; Dr Maccon MacNamara, who recounted stories from the history of the building; Councillor Joe Killeen; and Paul Minihan, barrister and member of the Mid Clare Brigade Commemoration Committee, who told the story of the historic role of the Workhouse during the Civil War and its ultimate destruction in 1922. Paul’s grandfather, John Minihan, was Divisional Quartermaster of the 1st Western Division, and played a key role in the events that unfolded 100 years ago.

During the spring of 1922, the IRA that had fought the War of Independence, began to gradually rupture, and there emerged two 1st Western Divisions with their own distinct and separate officers and membership – one Pro-Treaty, under Michael Brennan and one Anti-Treaty under Frank Barrett.

During that Spring, the British army withdrew from barracks across Ireland, and were replaced – sometimes by Pro Treaty and sometimes by Anti-Treaty IRA.  In the early days of the Civil War, the Anti-Treaty IRA withdrew from barracks that they had occupied in Ennis, Clarecastle and some other locations, and began to concentrate their forces at the Union Workhouse at Corofin. This enormous and sprawling complex of buildings had been heavily fortified by the British during the War of Independence and had been occupied first by the 2nd Battalion Royal Scots and later the Auxiliaries.

During the Civil War, the Pro-treaty army was commonly known as the ‘Free State’ army and the Anti-treaty as ‘Republicans’ or ‘IRA’.  For most of July, Corofin was the operational centre of the 1st Western Division IRA and in due course took over from a house at Eden Vale as the official headquarters.  From Corofin, dispatches were sent to, and received from, various officers and military units across the Division, to and from other Divisions and GHQ.

The Workhouse comprised all of the departments required of a major military operation including Transport, Engineering, Supplies, Signals, Chemicals and Operations; they manufactured munitions, shells and landmines, repaired firearms, and armoured vehicles.

Following military successes at Limerick, additional troops became available to the Free State army for an offensive against the Clare IRA.   Intelligence informed IRA senior officers at Corofin that an attack by newly arrived troops at Ennis was planned on Corofin through Crusheen.  Though not recorded in surviving dispatches between Corofin in GHQ, local memory recalls that the IRA were informed that the Free State army intended to shell the position from Killeen, at the far side of the near-by Lough Atedaun.

The IRA had no defence against artillery and the order was given to evacuate.  To deny such a fortified position to their enemies, the Workhouse and near-by ex-RIC barracks were destroyed by the IRA on the 25th July 1922. 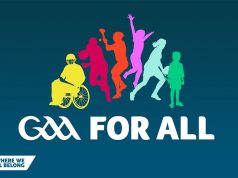 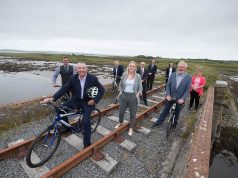 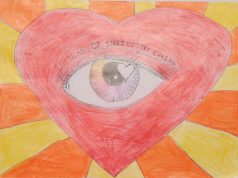 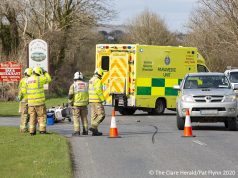 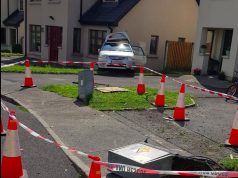 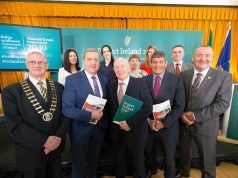 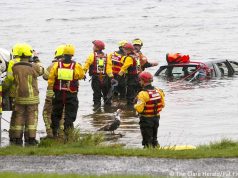 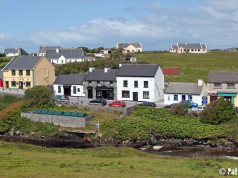