Lough Derg RNLI lifeboat responded to back-to-back calls this afternoon after two vessels got into difficulty.

The volunteers crew was first tasked at 2.30pm by watch officers at the Irish Coast Guard’s marine rescue sub centre on Valentia Island in Kerry.

The team was requested to launch to assist three people on a 25ft motor cruiser adrift with steering failure near Williamstown on the country Clare shoreline.

The lifeboat crew arrived on scene in a matter of minutes. A lifeboat crew member transferred across to the casualty vessel and established that all on board were safe and unharmed and wearing their lifejackets. The cruiser had power but its steering had failed. The skipper had dropped anchor to prevent drift across the navigation channel.

Given the location and weather, the RNLI lifeboat helm made the decision to take the vessel under tow, and as there was a fleet of dinghies racing in a regatta in Dromineer Bay, he decided to take the vessel in an alongside tow across the bay to the public harbour at Dromineer.

At 2.50pm whilst the RNLI volunteers were securing the casualty vessel alongside in Dromineer Harbour, the Coast Guard requested the lifeboat to respond and assist four people on a 25ft speedboat in the harbour that was taking on water.

The speedboat came alongside the lifeboat. The skipper had a pump in the stern and an RNLI volunteer brought the lifeboat’s salvage pump from the lifeboat station to pump water from the bow of casualty vessel. 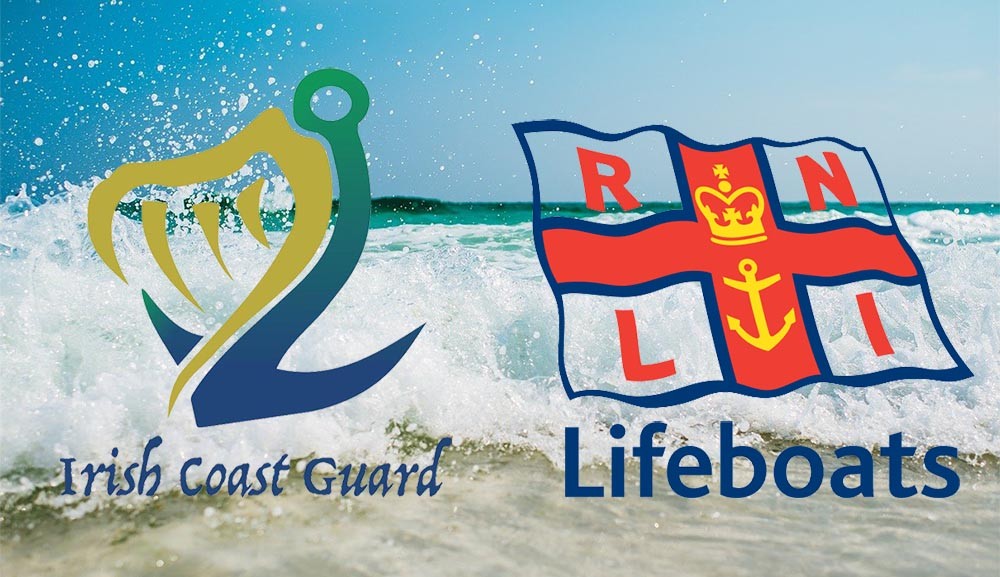 At 3.50pm, at the Corakeen Islands, the lifeboat reported that the speedboat was making way at speed and now out of sight ahead of the lifeboat. Valentia Coast Guard stood the lifeboat down.  The lifeboat departed the scene at 3.50pm and was back at Station at 4.00pm.

Jeremy Freeman, Deputy Launching Authority at Lough Derg RNLI, advises boat users ‘ensure your vessel is serviced and in safe working order and if you find yourself in difficulty on the lake dial 999 or 112 and ask for marine rescue’.