It’s now understood that the two victims were a man and woman from the same family. It’s being reported they were a brother and sister and that the man got into difficulty initially and that shortly after he was brought ashore, the woman was seen struggling in the water.

Both were pronounced dead at the scene. 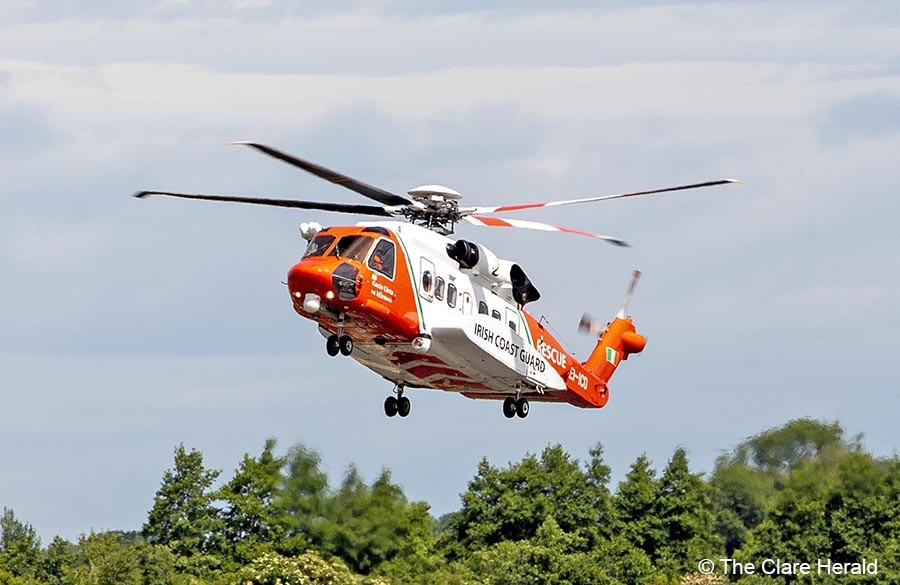 The Kilrush RNLI lifeboat and Shannon-based Irish Coast Guard rescue helicopter have been involved in a major search and rescue operation off the Kerry coast this evening.

It’s understood that two swimmers, a man and woman, died after they were recovered from the sea.

The initial report to emergency services indicated that two people had gotten into difficulty while swimming off Ballybunion beach. Search and rescue crews were quickly dispatched to the area after the alarm was raised at around 6.00pm.

The Ballybunion unit of the Irish Coast Guard, Ballybunion (CRBI) rescue boat and the RNLI lifeboat based at Cappagh near Kilrush in Co Clare were asked to the unfolding incident. The Cork-based Irish Community Air Ambulance was also tasked to the scene along with National Ambulance Service resources and Gardaí.

The Shannon-based Irish Coast Guard helicopter had been on a mission from the Aran Islands to University Hospital Galway when the crew was retasked to the search operation in Ballybunion. Rescue 115 flew directly to Shannon Airport where fire crews were standing by so they could undertake a hot-refuel. A hot-refuel is when an aircraft is refuelled while the engines are still running.

After the helicopter was fuelled, the crew made their way directly to the scene to assist in the search.

While en route to the scene on the other side of the Shannon Estuary, the Kilrush lifeboat was stood down after it was reported that two people had been recovered.

Soon afterwards, the lifeboat was requested to turn around and continue to Ballybunion after the Irish Coast Guard received further information suggesting that a third person could be missing. The volunteer lifeboat crew immediately proceeded to the search area off Ballybunion.

As the operation continued further information became available to rescue services that suggested there were only two casualties and not a third as feared. The Kilrush RNLI lifeboat and Rescue 115 were requested to continue to the area and carry out searches as a precaution.

The search and rescue operation was mounted and coordinated by watch officers at the Irish Coast Guard’s marine rescue sub centre on Valentia Island in Kerry. The search was stood down at around 7.45pm.