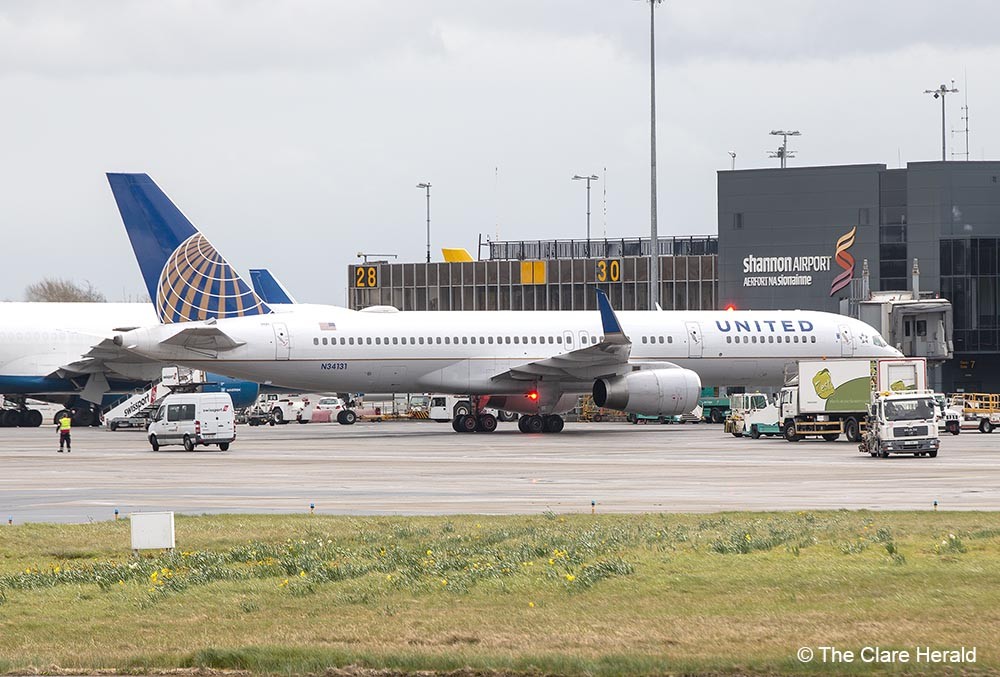 In a major boost for Shannon Airport, United Airlines has confirmed it will resume operations on the Shannon to Chicago route from next summer (2023) operating a daily nonstop seasonal service.

The route, previously operated by United, was axed from its summer 2018 schedule after being introduced in 2013. At the time, the airline cited ‘poor financial performance’ for the decision.

The new service will commence on 26th May ‘23, departing Shannon daily at 09:30am on a Boeing 757-200 aircraft for Chicago O’Hare International Airport, a major US hub.

It is envisaged that this new route has the capacity to generate an additional 30,000 passengers through Shannon Airport next year, supporting the West of Ireland economy in terms of business connections and an increase in tourism numbers.

“Over the years Shannon has performed strongly supporting the local economy with flights to and from North America, boosting tourism and benefitting the business community. Our aviation development team have been working hard over the last few years to secure the return of this popular service.

“United Airlines are a valued airline partner at Shannon. They began operating from our airport in 1998, and since then have carried over 2.2 million passengers.

“With our US preclearance facilities, passengers flying from Shannon can arrive in the U.S. as domestic passengers, saving them considerable time. This, combined with our new security screening system will cut the journey time for passengers and delivers on our promise to make it easy for them.

“This announcement is proof that United Airlines sees further opportunities for growth at Shannon and we look forward to working closely with them on delivering those extra passengers,” said Ms Considine.

Commenting on the new service Martina Coogan, United Country Sales Manager Ireland said: “As the only U.S. airline to offer direct flights from Shannon, we are excited to announce this further expansion of our route network from Ireland to the U.S.”

“We expect another busy summer for international travel in 2023 and are proud to build on our industry-leading global network to offer our customers in the west of Ireland even greater travel choice and the possibility to connect via our U.S. hubs to other destinations across the Americas,” said Ms Coogan.

This new daily Chicago service will be an addition to the daily service to Newark/New Jersey that United operate at Shannon and which is set to return on the 8th of April 2023.

The United Airlines services to Chicago and Newark/New Jersey for 2023 are now on sale at www.united.com. To book holidays or city breaks from Shannon Airport visit www.flyshannon.ie.

There has been a broad welcome of news that United will stored the Shannon to Chicago route next year.

Independent Clare TD Michael McNamara has described the announcement as a “huge win” for tourism and business in Shannon, County Clare and the wider region.

“I wish to congratulate Mary Considine and the management team at Shannon Airport Group for their efforts to bring about this new service which will be an addition to the daily service to Newark/New Jersey that United operate at Shannon and which is set to return in April 2023,” said Deputy McNamara.

Clare Fine Gael TD Joe Carey has described the announcement as a “significant boost for the regional economy”.

“Great credit is due to the Shannon Airport Group and its hard work in ensuring that Shannon’s recovery from the devastating consequences of the pandemic is sustained across all areas of its operations,” Deputy Carey said.

Fianna Fáil TD for Clare Cathal Crowe said: “The future is bright for Shannon and positive news leads to further positive news so I’m excited to see what’s the come for our region’s airport.”

“We look forward to seeing a high yield on all these new services. We will play our part in ensuring that Shannon is seen as the airport of choice by our members and their families. With more advance planning going into travel arrangements, we will be encouraging our member companies to share information on flight availability from Shannon with their employees to ensure that they think Shannon first when considering making a booking.”