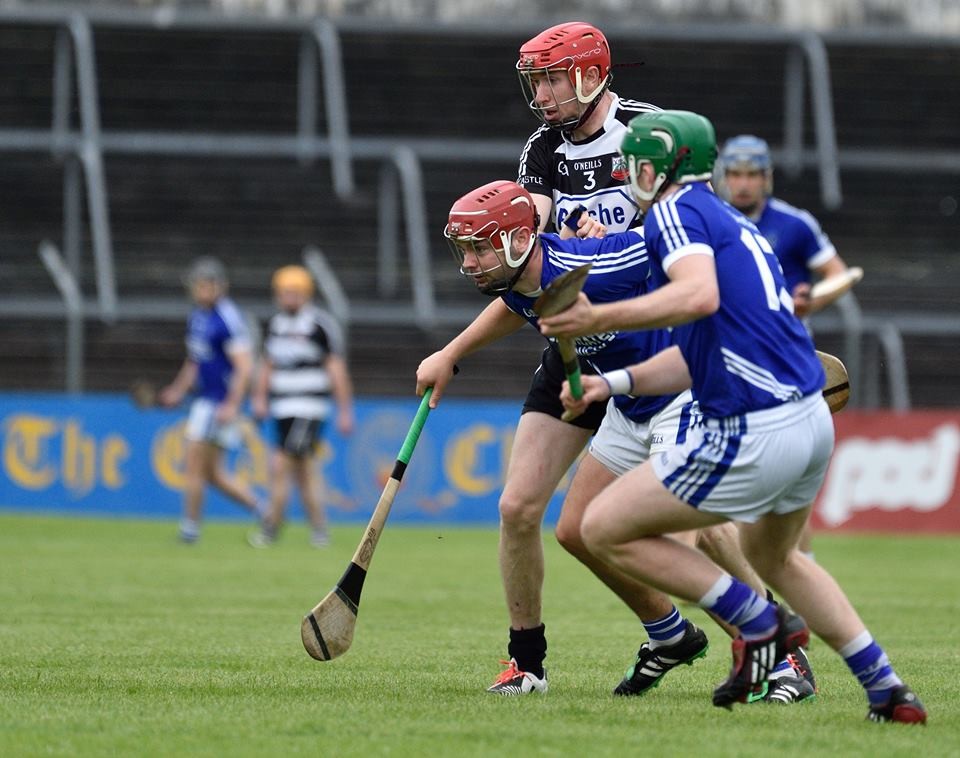 Cratloe advanced to the last eight of the Clare SHC with six points to spare when they survived a late Clarecastle comeback.

They may not have been at their best but Cratloe did enough to stay in the race for the Canon Hamilton when they accounted for the challenge of Clarecastle who when they began to create goal chances were rewarded at the end of the contest but it was too late.

Two weeks on from their three point defeat to Éire Óg, Clarecastle showed significant improvement at the beginning of the game. They built up a two point advantage with seven minutes on the clock and were putting Cratloe under pressure.

All this changed on the twelfth minute when Conor McGrath blitzed the Clarecastle defence and his effort was flicked to the back of the net by Cathal McInerney. McGrath added a further 1-01 and similar to the first goal he left the Magpies trailing in his wake for their second green flag.

Bobby Duggan, Pakie Healy and Stephen Ward added scores for Clarecastle before the break as did McGrath, Sean Collins and Cathal McInerney which left the Joe McGrath managed side 2-09 0-11 ahead at the break.

Clarecastle had several opportunities to get right back into the game on the resumption, inside the opening five minutes of the second half they missed five scoring chances while Conor McGrath added two frees for the leaders. Pakie Healy and Bobby Duggan hit valuable points for the Magpies.

Substitute Conor Earley got his first score for Cratloe in the Clare SHC on the forty first minute. Patrick Kelly and McGrath swapped scores before the South Clare side hit 1-05 without reply to extend their lead to twelve points.

Conor Dolan’s side finished strong with Derek Quinn and Joe Barry raising green flags, they didn’t create enough goal chances over the hour and in a three minute spell showed what might have happened if they had.

Although they were victorious it was somewhat of a strange display from Cratloe. Uncharacteristically they lacked sharpness and the first touch of some of their key men was poor. Improvement is certainly needed but the main thing for them is they’re still in the competition. They showed what they’re capable of, by scoring 2-01 in a four minute spell and 1-05 on the trot in a different stage. All of their forwards along with their two midfielders got on the scoresheet which is always a good sign.

With two minutes to go they led by twelve points and in the space of three minutes it was cut in half. They cannot afford to fade like this the next day but they will have learned their lesson without having to pay a price. Conor McGrath, Martin Oige Murphy, Michael Hawes and Cathal McInerney did well for the winners.

After competing in the relegation final twelve months ago, Clarecastle’s main aim was to consolidate their status and that goal has been achieved. They struggled to keep tabs on Conor McGrath and failed to take their opportunities at the beginning of the second half.

There was progression in 2016 for the Magpies and they showed clear improvement from their second round defeat while several younger players took central roles in the team. Jamie Coughlan was outstanding between the posts and had it not been for his several saves the scoreline would have been very different, Bobby Duggan and Gearoid Ryan did well.