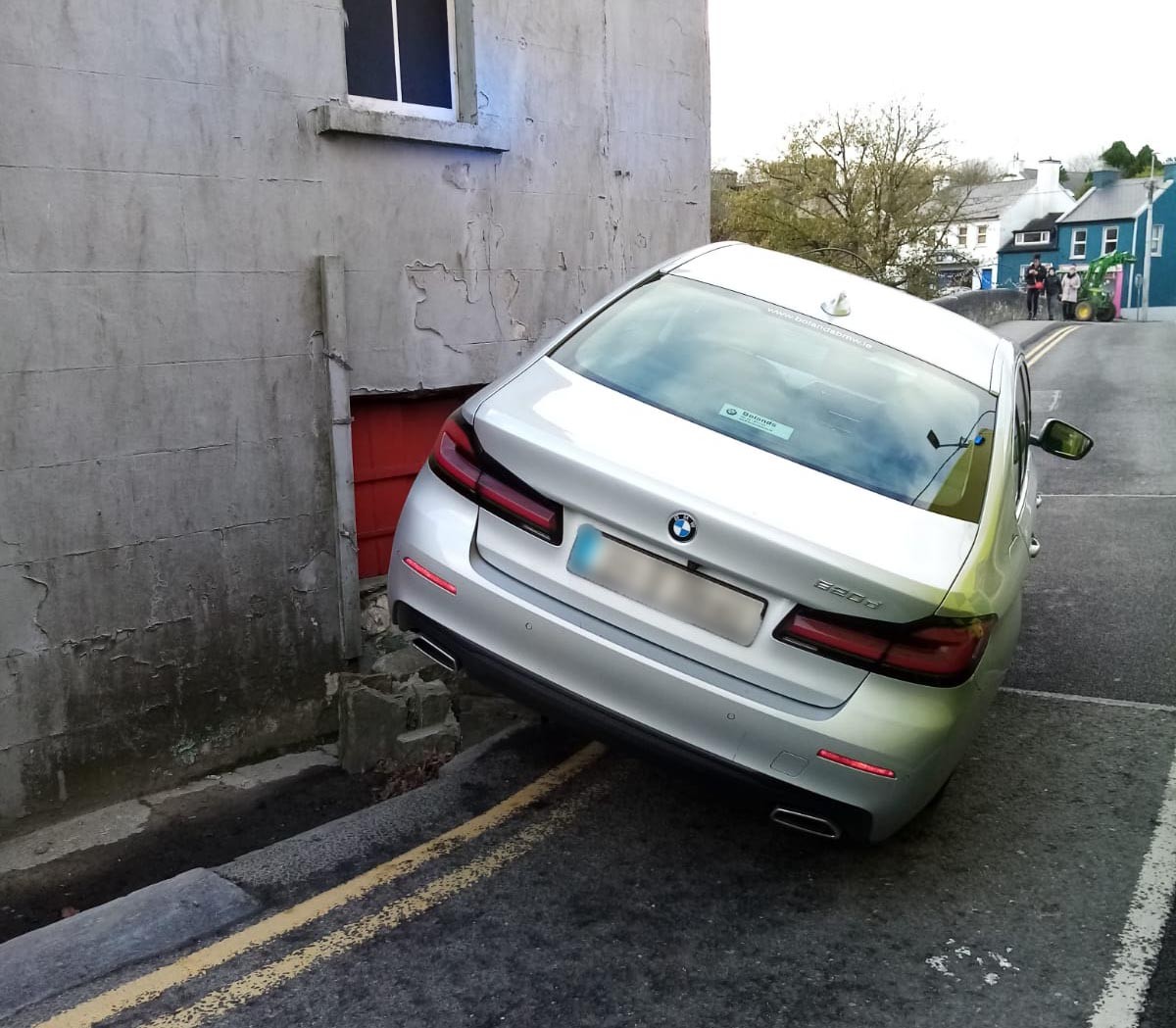 Two American tourists escaped injury after their car collided with a wall at a notorious junction in North Clare this afternoon.

The single-vehicle collision happened at around midday at Blake’s Corner in Ennistymon.

The BMW car mounted a wall on the west side of the junction where several collisions have previously occurred. The wall which the car struck today has been damaged and repaired several times previously.

The two occupants of the vehicle, understood to be visitors from the US, were uninjured. It’s also understood that a National Ambulance Service crew, that had been passing the area at the time, stopped and assessed the occupants to ensure they had not been hurt.

There were traffic hold ups for around 30 minutes while the vehicle was removed from the scene. Gardaí from Ennistymon also attended the incident.

Blake’s Corner has been the scene of several protests in recent years because of significant traffic delays that occur at the location particularly in the summer months.

Blake’s Corner is located close to a bridge on the main road where the N85 and N67 meet and leads to Lahinch and on to the Cliffs of Moher. During the busy tourist season an estimated 10,000 vehicles a day, including large tourist buses or heavy goods vehicles, have to pass there often resulting in significant traffic congestions.

Large vehicles have also caused damage to buildings at the junction or have become stuck because they were unable to negotiate the tight corner.

While there have been calls for the buildings on the corner to be demolished, others want to see them preserved as part of the town’s history.

There are plans to divert traffic away from the junction by constructing an alternative route which would require the compulsory purchase of two properties. The proposed project is still going through the planning process.