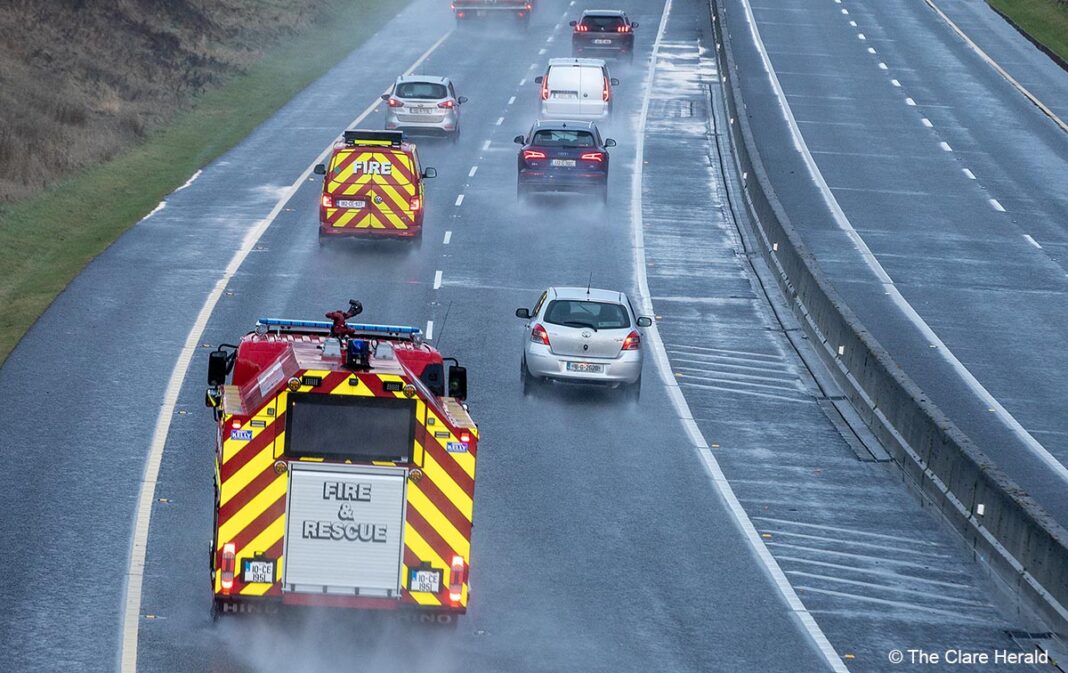 A motorist escaped injury this morning after she lost control of her car and crashed on the M18 motorway in Clare.

The single-vehicle collision occurred at around 7.40am on the M18 northbound between Crusheen and Gort. It’s understood that heavy hail showers were reported in the area around the time of the incident.

The woman, who was alone in the car, was assessed by paramedics but was found to be uninjured.

Traffic Infrastructure Ireland (TII) motorway maintenance crews were also dispatched to the scene. The motorway was only closed for a very short time while the vehicle was recovered from the scene.