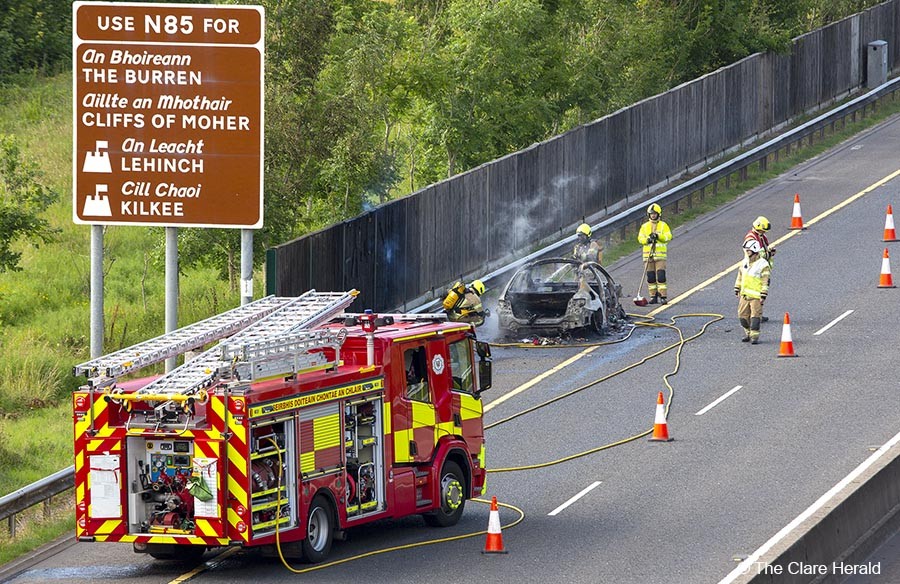 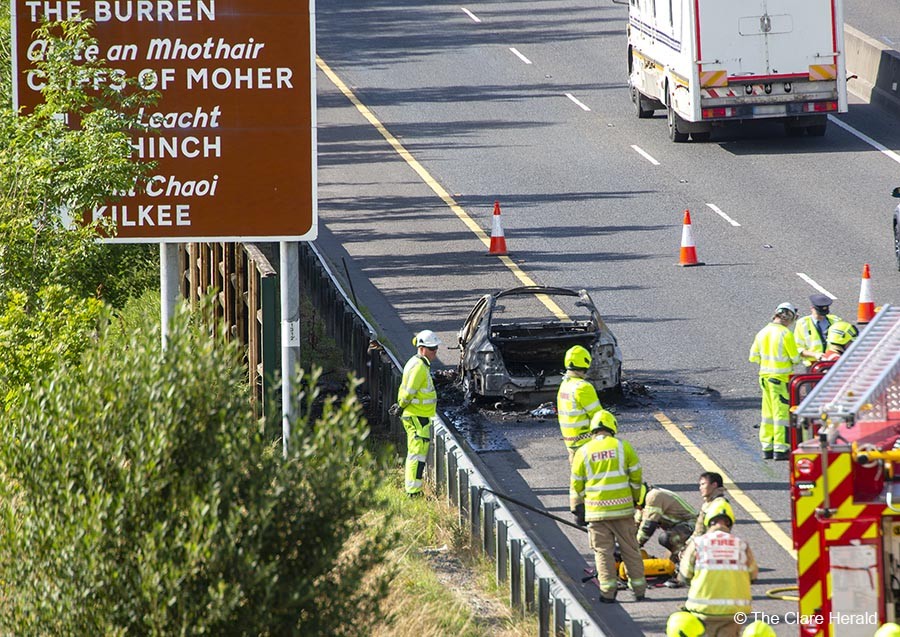 Three people had a lucky escape after their car burst into blames on a busy motorway bringing traffic to a standstill at the height of rush hour.

The incident occurred at around 4.30pm in the northbound carriageway of the M18 in Co Clare. The motorway had to be closed so emergency services could safely deal with the blazing car.

In the meantime, the route Gardaí would have used to divert traffic away from the scene was left blocked by a collision between a car and a tractor and trailer.

The car fire happened between junction 11 at Dromoland and junction at Killoo, Clarecastle. The BMW car was travelling northbound when, it’s understood, it burst into flames. The driver managed to pull safely into the hard shoulder and all three occupants jumped to safety. They made their was a short distance along the motorway to a safe area as the fire began to take hold.

The fire also spread to timber fencing at the side of the motorway as thick black smoke billowed from the car. Fortunately there was little wind in the area at the time so the smoke did not affect visibility for passing motorists who continued to drive past the scene.

Units of Clare County Fire and Rescue Service from Ennis and Shannon stations were mobilised to the incident along with multiple Garda vehicles. The motorway was quickly closed and traffic diverted off the route.

For any incident on that section of the motorway, traffic would normally have been sent down the northbound slip-road at Latoon towards Clarecastle. However, within minutes of the car fire being reported, emergency services were alerted to a road traffic collision on that slip-road. A car collided with a tractor and trailer leaving the road completely blocked however no one was seriously injured. 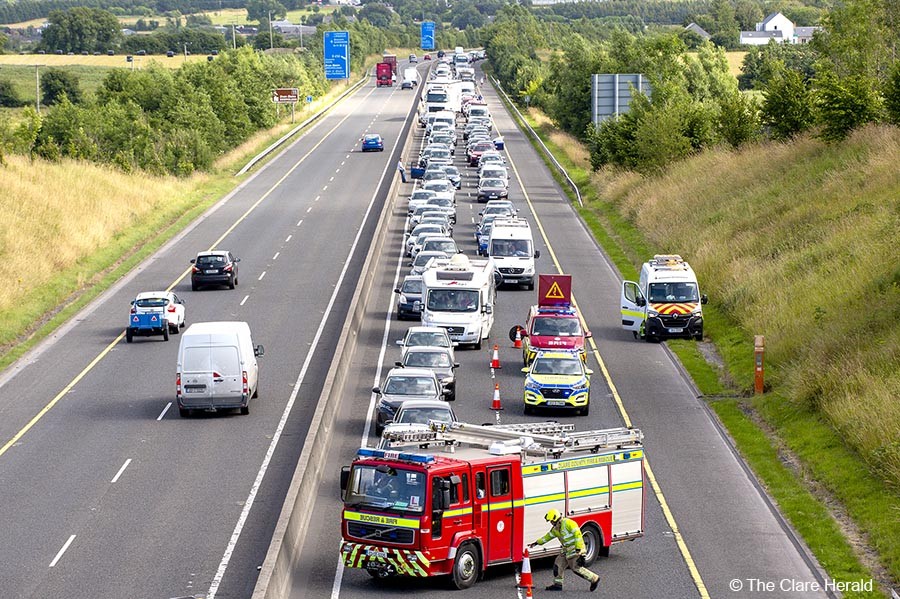 As a result of that collision and subsequent road closure, traffic had to be rerouted by the village of Quin.

It’s understood that an inspection of the road surface, crash barrier and nearby timber fencing will be undertaken to establish what damage was caused and if repairs will be required. Nobody was injured in either incident.