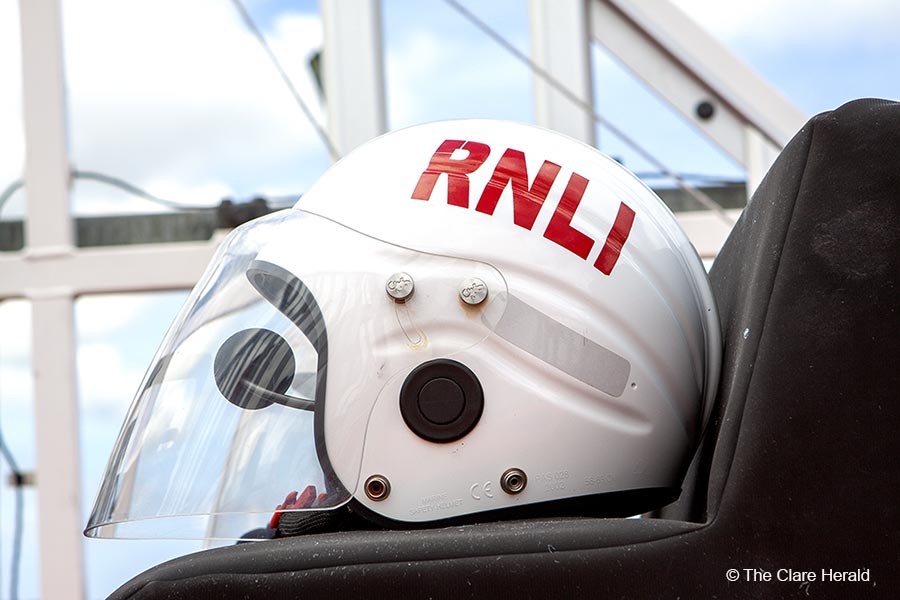 The Lough Derg RNLI lifeboat was called out assist a family of four on a 43ft cruiser that suffered engine failure and was left adrift on the lake in heavy weather.

At around 5.00pm Lough Derg RNLI lifeboat launched following a request from watch officers at the Irish Coast Guard’s marine rescue sub centre on Valentia Island in Kerry. The lake was reported to be rough with westerly winds Force 4 gusting 5 and good visibility.

The lifeboat quickly reached the scene locating the vessel midway between Garrykennedy and Ryan’s Point at Youghal Bay. All four people on board were safe and unharmed and wearing their lifejackets.

An RNLI volunteer transferred across to the casualty vessel and reported back to the helm that the engines were overheating. Given the weather conditions and location, the helm decided to take the vessel under tow to the safety of Garrykennedy public harbour.

At 6.10pm the casualty vessel was safety tied alongside in Garrykennedy Harbour. The lifeboat departed the scene and was back at Station at 6.26pm

Jeremy Freeman, Deputy Launching Authority at Lough Derg RNLI said: “We would advise boat users to ensure their engines are serviced and that they have a means of communication should they get into difficulty on the water’.