Millions of US TV viewers to tune into Clare

Images of County Clare will be beamed into homes across the United States this autumn with an expected audience of several million.

Ireland-based Peninsula Television will be filming at multiple locations throughout the county from Tuesday to Thursday, 22nd-24th June, as part of its ‘Ireland: County by County’ series, which has been viewed by millions of US viewers since its launch in 2020.

The 30-minute programme will air on the Create/PBS television network and will be fronted by Irish television presenter Ciara Whelan, who is best known for hosting Virgin Media’s prime-time travel series, ‘The Holiday Show’.

The production will concentrate on various cultural, sporting, social and heritage aspects of County Clare.

Filming commences on Tuesday, 22nd June, with a focus on Ennis, our County Town, and Clare’s international reputation as home to some of the best golf courses in Ireland. The production crew will depart to Shannon Airport to highlight this key asset of the county, before taking to the fairways and greens of Dromoland Castle. The day’s filming concludes with the spotlight focusing on Ennis as a centre of excellence for shopping and the production crew visiting all that Ireland’s boutique capital has to offer.

Day two of the production will commence with a guided tour of the Cliffs of Moher Visitor Experience and an on-site performance by the world-famous Kilfenora Céilí Band. The food of the Burren will take centre stage during the afternoon as the production crew samples some of the local produce on offer in the region, including that of the Burren Smokehouse and others. 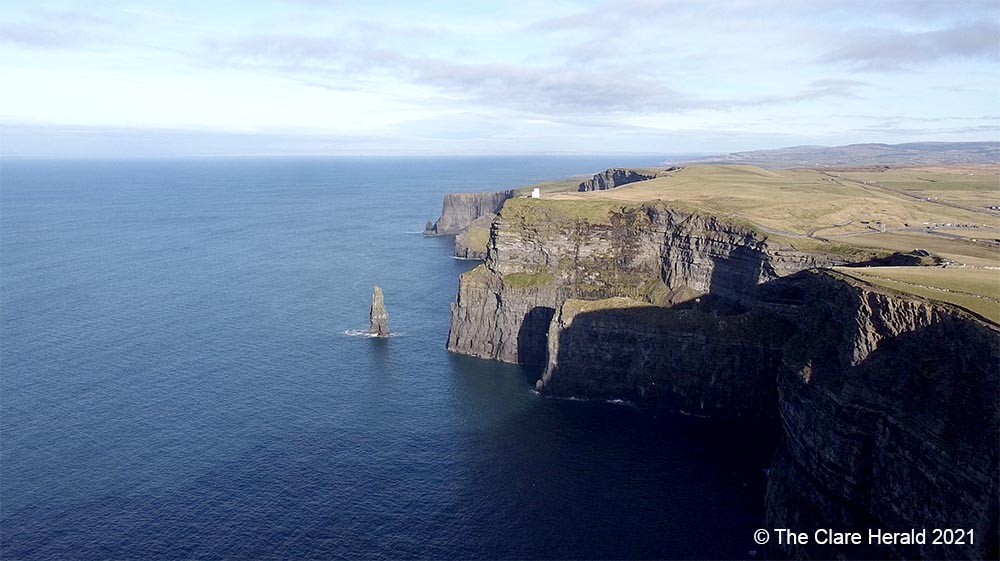 The final day of filming gets underway with presenter Ciara Whelan taking a surfing lesson in Lahinch before the production concludes with a kayak tour on Lough Derg, highlighting just one of the many water-based activities on offer on the Lough Derg Blueway and across Clare.

Cllr Mary Howard, Cathaoirleach of Clare County Council, said the success of the ‘Ireland: County by County’ series to date ensures that the episode focusing on Clare will attract a significant audience.

Cllr Howard said: “The timing of this episode’s airing later this year couldn’t be better as people across the United States plan their overseas holiday for 2022. It is expected that it will be next year before transatlantic visitors return in significant numbers to Ireland so it is important Clare is positioned to take advantage of a resurgence in this market. Autumn’s broadcast also coincides with what I hope will be clarity around the future provision of transatlantic services from Shannon Airport, which is essential for tourism in the county and the wider region.”

“The first 10 episodes were filmed last summer and were broadcast, very successfully, on Create/PBS on 240 channels across 26 of the top 30 territories in the US. These episodes have been getting repeat showings, due to increased demand for viewings. I have no doubt that Clare’s uniqueness as a visitor destination will be brought to the fore in this programme and will deliver dividends for the county in the future.”