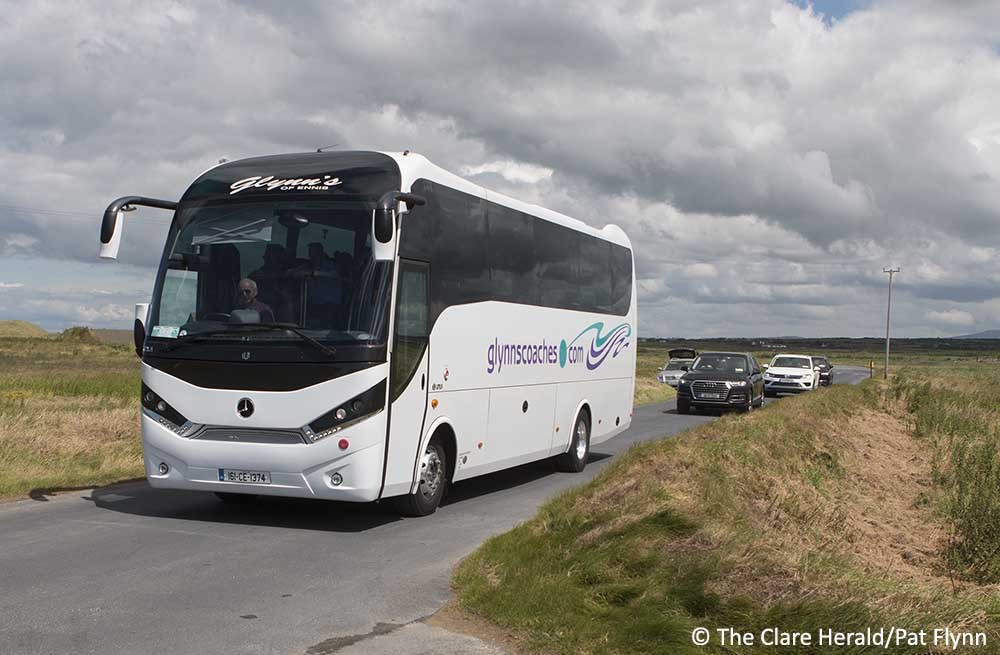 Security is tight around Trump International Golf Links and Hotel in Co Clare today where a son of US President Donald Trump has arrived with a group of US business people.

Eric Trump (33), Executive Vice President of the Trump Organisation, arrived in Shannon from Scotland this morning on the company’s private jet. The luxury Boeing 757-200 jet landed shortly before midday.

A group of about 30 people boarded a coach which was escorted by Garda outriders and other security vehicles to the Trump International Golf Links and Hotel which President Donald Trump acquired in 2014 for €8.7m.

The group arrived in Doonbeg at around 1.30pm amid heightened security at the property that includes the Garda Air Support Unit.

Doonbeg resort general manager Mr Joe Russell has confirmed that Mr Trump has arrived with a group of 30 business people from the US on the final leg of a tour of Trump properties in Scotland and Ireland.

Mr Russell said: “We are delighted to welcome Eric Trump and his guests from the US to Doonbeg. The course is in wonderful condition, probably the best ever, having completed a redesign under the stewardship of world renowned Golf Course Designer, Dr. Martin Hawtree, at an investment of over €5 million.

“The team at Trump Doonbeg are excited to showcase the course and resort to Eric’s esteemed guests, a courtesy we believe we extend to all our guests and golf club members,” he added.