A Co Clare woman has been awarded one of the top awards a Garda recruit can receive.

Garda Emma Gaynor from Ennis was presented with her aware by Commissioner Nóirín O’Sullivan at the Garda College in Templemore yesterday where 70 new members were attested to An Garda Síochána.

They will take up at their new stations throughout the country in two weeks time.

There were three award recipients at yesterday’s aware ceremony.

The Commissioner’s Medal was awarded to Garda Emma Gaynor from Ennis in Co. Clare who is to be stationed at Clonmel Garda Station Co. Tipperary.

The Commissioner’s Prize Medal is awarded to the Student achieving the highest aggregate marks in academic subjects.

The Gary Sheehan Memorial Medal was awarded to Garda Marguerite Mc Gillycuddy from Milltown in Co. Kerry who is to be stationed in Rathmines Garda Station, Dublin. The award is awarded to the best all-round student.

The third award, the I.P.A Scholarship in memory of Ned Joy was awarded to Garda Ciaran Mc Cabe from Castleblaney, Co. Monaghan who will be stationed at Clontarf Garda Station, Dublin. 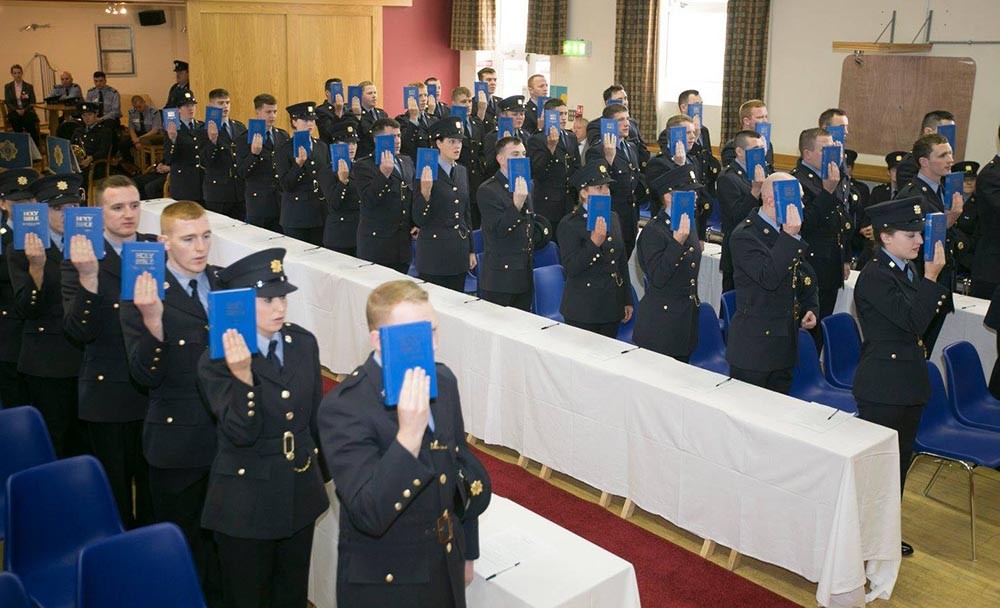