Clare County Council has announced it will host a Civic Reception for the Tulla Pipe Band in the Council Chamber of Áras Contae an Chláir on Monday 12 September.

The event will mark the 80th anniversary of the group which was established in January 1936 when it took over from the existing brass band.

Today, the group is one of the few Pipe Bands on the Island of Ireland to have survived since the 1930s and it is also the last surviving Pipe Band in County Clare.

Councillors Joe Cooney, Pat Burke and Michael Begley jointly proposed the civic reception during the May Monthly Meeting of the local authority and will be hosted by Cathaoirleach Bill Chambers and the Elected Members of Clare County Council on Monday 12 September at 6.30 p.m. 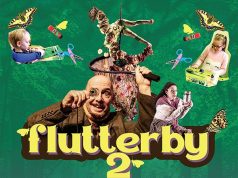