Avenue Utd’s recent run of good form continues as they powered past Shannon Town in the third round of the Munster Junior Cup.

David Russell was the hero for the Ennis club as he scored all three of Avenue’s goals to send them through to the fourth round.

Shannon Town started well but failed to create any clear cut chances. Dylan Casey went close for Avenue from a free kick on twenty four minutes that Darren Whelan did well to brush onto the crossbar.

Russell opened the scoring on twenty eight minutes when he headed home a good delivery from a Dylan Casey. The experienced centre-half scored his second on forty minutes from the penalty spot.

Kaylan O’Loughlin was denied a third goal for Avenue right on half time by a great save from Whelan.

Town tried hard to get back in the game in the second half but could find no way past an Avenue team whose defence was excellent on the day. Russell wrapped up the victory on eighty seven minutes with another emphatic finish from the penalty spot to earn Rhys Phillips’ side a place in the fourth round against Carew Park from Limerick. 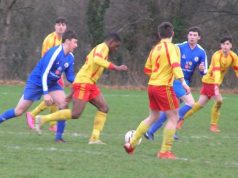 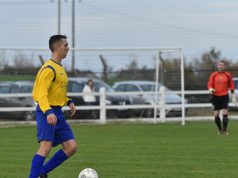 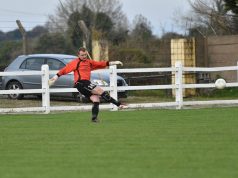 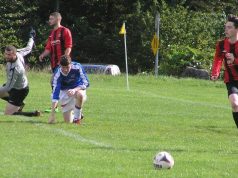