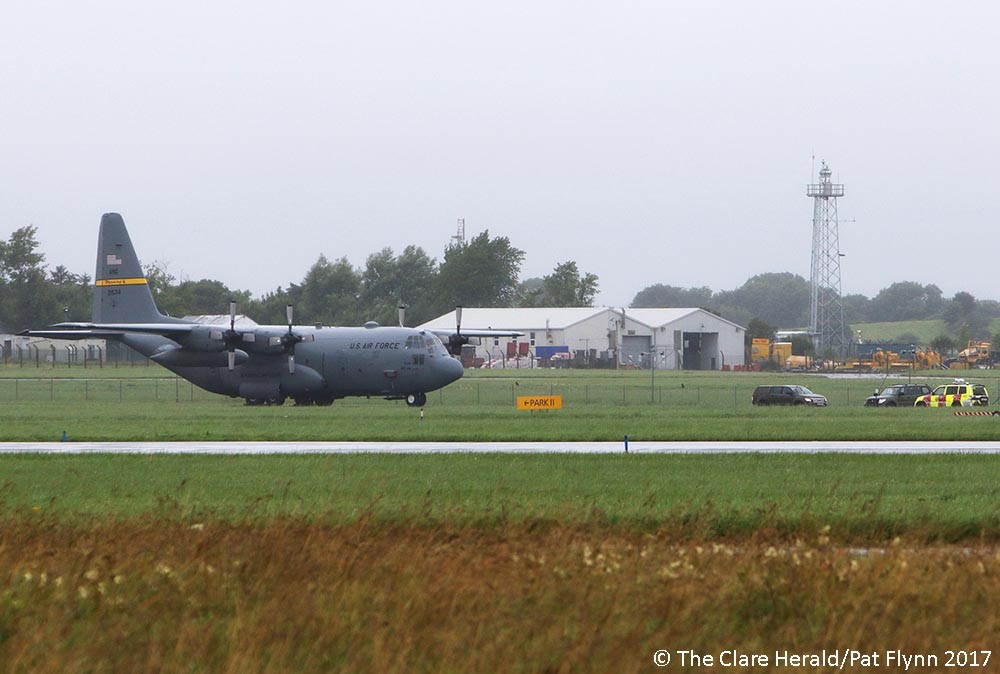 The State spent over €1.5m providing security for US military aircraft at Shannon Airport last year.

The figures for the deployment of Defence Forces personnel and Gardaí at the mid-west airport have been provided by the Minister’s with responsibility for Defence and Justice following requests from Dublin North independent socialist TD Clare Daly.

In total, the cost of deploying Defence Forces personnel and Gardaí at Shannon last year was €1,501,389 or an average €28,872 every week.

Deputy Daly had asked the Taoiseach and Minister for Defence Enda Kenny to provide details of the cost to the State of the Defence Forces performing aid to civil power duties for United States of America military aircraft landing at Shannon airport in 2016.

The Minister with Responsibility for Defence, Paul Kehoe T.D. had confirmed to Deputy Daly that a total of €181,669.47 was spent by his department on deploying Defence Forces personnel at Shannon last year.

Deputy Daly also asked Minister for Justice and Equality Ms Frances Fitzgerald to outline the “cost of the presence of An Garda Síochána at Shannon airport protecting civilian troop carriers and military planes of the United States of America in 2016.”

Minister Fitzgerald replied: “I am informed by the Garda Authorities that the cost to An Garda Síochána of deployment at Shannon Airport was €1,319,720 in 2016 comprising salaries and other pay and non-pay related expenditure.”

The total cost of providing security for US aircraft at Shannon last year was €1,501,389.

The Department of Foreign Affairs has also confirmed that during 2016, they received 645 requests from 11 countries for landings by military aircraft at Shannon Airport. 592 of these requests came from the US military.