A cost effective plan to address serious flooding problem in Clonlara has been identified by the Office of Public Works (OPW) and is just awaiting official approval from residents and local authority.

Minister for Employment and Small Business Pat Breen has said he has been informed by the OPW that there is now a definite plan to alleviate ongoing flooding issues at Springfield, Clonlara.

In one of his regular private meetings with officials from the OPW which took place in Dublin this week, the Clare minister of state was assured that the plan would be both effective on flooding and cost effective.

“I have been informed by the OPW that it is proposing a solution at Springfield that would include an Impermeable Embankment measuring about 1 kilometre in length and 1.75 metres in height. A second smaller land bank would also be constructed nearby, measuring approximately 180 metres in length by 0.4 metres high. The proposal also includes the construction of a nearby pumping station,” said Minister Breen.

“The two land banks and pumping station will offer flood protection to homes in Springfield which are at immediate risk, and to neighbouring areas which have been cut off in the past as a result of flooding. The project, at this very early stage, is estimated to cost approximately one million euros, but a full and detailed costing has yet to take place,” he added.

“It has been a long process finding a solution to the flooding issue in Springfield, and while there is still a way to go in implementing the plan, I am satisfied that the process to a real and final solution has begun,” assured Minister Breen.

The plan which continues to be refined following feedback from a public consultation meeting between residents from Springfield, the OPW and consultants Jacobs Engineering Group Inc last week.

The residents are now seeking the professional advice of Clare County Council on the plan. Once the local authority has given its approval to this two land bank proposal, the residents will then write to the OPW giving their approval also.

“Once the OPW has received written approval from the residents, who have been the driving force behind these flood prevention works from day one, the OPW will then forward the final plan to the Flood Risk Management Plan. The funding for the Springfield plan will then be sought from the Minister for Public Expenditure Pascal O’Donohoe,” said Minister Breen.

“It is agreed that the proposal in place is good value for money and I will be making that point to Minister O’Donohoe,” added the Clare Fine Gael minister of state.

Planning permission for the work may also have to be sought and the plans may also require public exhibition under the 1945 Arterial Drainage Act.

“The residents in Clonlara have endured a lot of hardship as a result of the flooding, but this is finally some good news. We have worked hard, and I will continue to work closely with the OPW and Clare County Council to ensure that the final solution becomes a reality as soon as possible,” said Minister Breen. 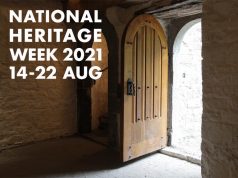 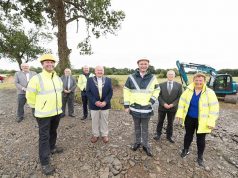 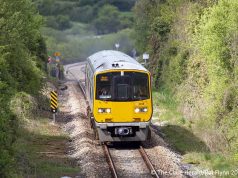 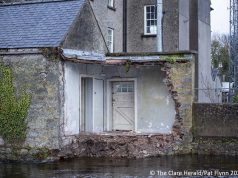 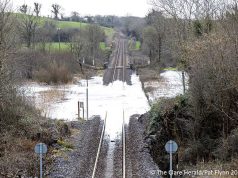