The Duke of Kent has visited Royal National Lifeboat Institution (RNLI) stations in counties Clare, Tipperary and Kerry this afternoon.

The Duke has been President of the lifesaving charity since 1969 when he succeeded both his father and mother.

As President, he has been to the vast majority of the RNLI’s lifeboat stations however it was his first time visiting the stations on in Tipperary and Clare.

There was tight security at Dromineer on Lough Derg, Kilrush Co Clare and Fenit in Co Kerry as the Duke travelled between stations by helicopter.

A garda boat patrolled the shoreline off Kilrush as the Duke was welcomed to the local station by Lifeboat Operations Manager Pauline Dunleavy.

The Duke was also introduced to members of the Kilkee and Doolin units of the Irish Coast Guard who were guests at the event. He was also treated to music and dance before taking a tour of the station.

As part of the visit, Kilrush RNLI showcased the Irish Whale & Dolphin Group, handcrafted traditional Irish Currach building, and a selection of local pottery from the Brothers of Charity. Also, in attendance were representatives from Kilrush GAA which focused on the partnership between the GAA and RNLI working together to prevent drowning.

To conclude, a beautiful Irish Yew tree was planted at Kilrush lifeboat station to honour the visit, followed by a brief launch and recovery of Kilrush RNLI’s Atlantic 85 lifeboat.

Commenting on the event, Pauline Dunleavy, Kilrush Lifeboat Operations Manager said: ‘It was an honour to welcome His Royal Highness to Kilrush lifeboat station. We are very proud of our station delighted to host the President of the RNLI. We showcased our great team, as well as great community spirit. In particular, I would like to thank Kilrush GAA for attending. Much like a lifeboat station, a GAA club is at the heart of community life, and through this partnership we all can both play a major role in preventing deaths by drowning.”

Earlier, the Duke visited the RNLI station at Dromineer on Lough Derg.

After leaving Kilrush, the Duke travelled by helicopter to Fenit in Kerry and is expected to visit a number of RNLI stations in Co Cork tomorrow. 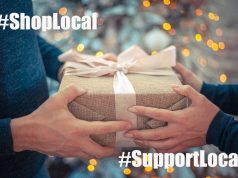