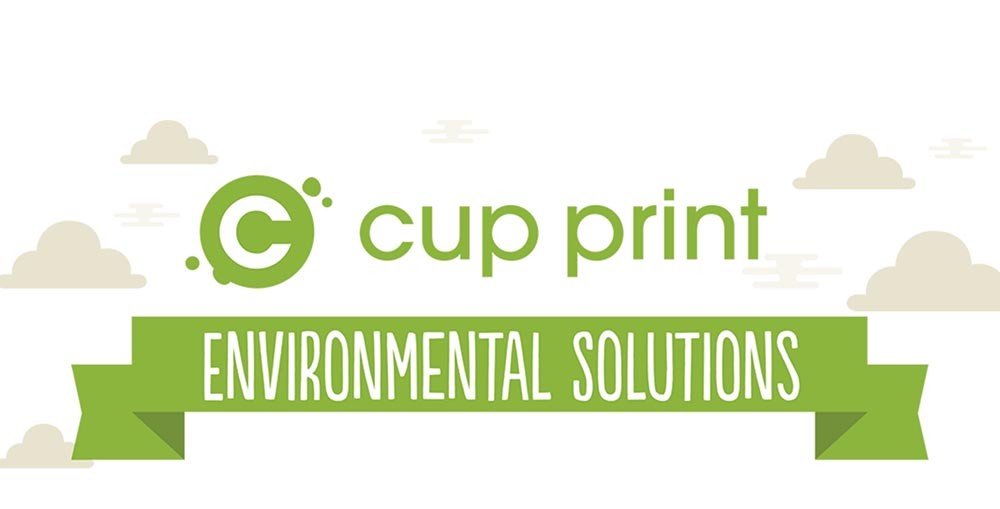 CupPrint has manufactured the Vegware compostable cup, which incorporates a compostable bio coating instead of the typical polyethylene coating.

New to CupPrint’s product line as of just last month, the reCup is a cup that is 100% fully recyclable in mainstream paper recycling via its incorporation of EarthCoating. The reCup looks the same, works the same, and is made the same way as traditional coated paper cups with the only exception being that the coating formulation has changed to Earthcoating. CupPrint is the first manufacturer in Europe to offer the reCup product.

The Frugalpac cup is a cup made from recycled cardboard and therefore can be recycled again and again. CupPrint will commence production of the Frugalpac Cup in December 2017 and will be the first in the world to do so.

Expansion of the company’s existing main manufacturing facility, officially announced by Minister Breen at Monday’s event, will accommodate increased manufacturing capacity to meet customer demand for these products. Furthermore, CupPrint’s facility expansion will bring 15 new manufacturing and engineering jobs to the company, in addition to the 95 jobs already on site at their head office in Ennis.

“Through consumer’s demand for these sustainable products, we’ve realised the need for facility expansion and are delighted to be creating new job opportunities in the region,” CupPrint CEO, Terry Fox, said.

Together the Vegware compostable cup, reCup, and Frugalpac offerings solidify CupPrint as a leader in eco-friendly and sustainable paper cups.

“With thanks to a dedicated team, loyal customers, and a wide range of business partners, including Enterprise Ireland, CupPrint is delighted to welcome Minister Breen and looks forward to providing our new eco-friendly and sustainable products to all existing and future markets,” Terry Fox said.