1.00pm – The incident aircraft was flown back to Paris this afternoon.

9.00pm – A replacement aircraft was flown in from France to fly the passengers back to Paris and not onto Mexico as had been expected.

2.00pm – Following the emergency landing, operations at Shannon had to be suspended for a time after the runway was found to have been contaminated by aviation fuel.

After the jet had landed, air traffic controllers noticed fuel leaking from one of the wings. An inspection of the runway found that some fuel had spilled onto the landing strip.

Ground crews quickly set about dealing with the spilled fuel however operations at the airport had to be suspended for almost two hours.

An airport spokesperson confirmed: “In addition to the medical case the aircraft  also reported a fuel valve issue which resulted in fuel having leaked on to the runway and taxiways.”

“For safety reasons Shannon Airport temporarily suspended aircraft movements until the contamination was removed. The runway reopened at 2.00pm,” the spokesperson confirmed.

Earlier: The crew of a transatlantic flight had to dump thousands of litres of aviation fuel before diverting to Shannon Airport this afternoon with an ill passenger.

Air France flight AF-178 was en route from Paris to Mexico City and was about 200 kilometres south of Cork when the crew declared a medical emergency at around 11.40am. There were 543 passengers and crew on board.

The crew of Airbus A380-800 Superjumbo declared a medical emergency radio message confirming they required to dump aviation fuel and divert to Shannon. The crew also asked the emergency medical services be standing by for their arrival.

The crew confirmed they required 15 minutes to dump fuel to ensure they touched down within safe landing weight limits.

Airport fire crews were standing by for the jet which is standard procedure at Shannon if an aircraft has jettisoned fuel or has to make an overweight landing.

The flight landed safely at 12.10pm and taxied to a remote parking area accompanied by airport emergency crews. The passenger was removed to University Hospital Limerick for treatment.

The flight was expected to resume its journey to Mexico later in the afternoon. 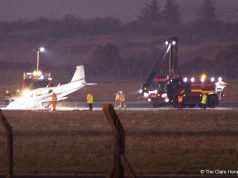 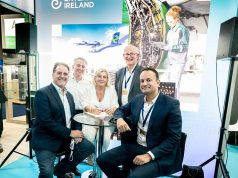 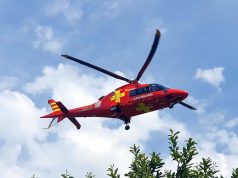 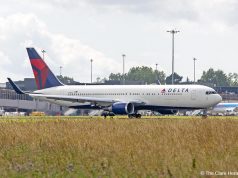