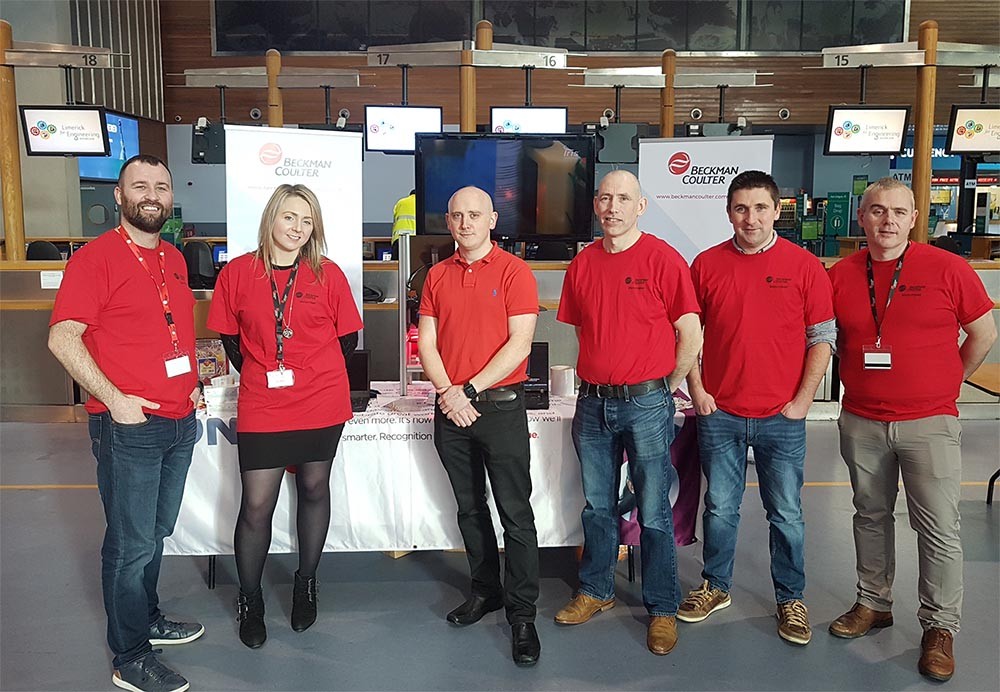 Co Clare-based clinical diagnostics company Beckman Coulter has revealed how impressed it was by the ‘probing questions’ and deep interest of secondary school students in science and engineering, when the students visited last week’s Limerick for Engineering event at Shannon Airport.

A father and daughter delegation from Listowel in Co. Kerry, visitors from Co Cavan and young students from Syria and Egypt – these were just some of the visitors who visited the Beckman Coulter stand at the LFE event, held on March 7 last.

Limerick for Engineering (LFE) aimed to inspire children to pursue careers in STEM (Science, Technology, Engineering, Math) The LFE group is an industry led initiative which has the support of the education and training providers in the region.

Beckman Coulter Engineering Manager Tom Finnegan and a six-strong team of engineers attended  the LFE event, showcasing the work that the company does in clinical diagnostics. The company gave students face-to face advice on the many diverse career paths in science and engineering. Beckman Coulter employs 400 people at its site based in O’ Callaghan Mills, Co Clare.

The engineering team at Beckman Coulter are a mix of civil, mechanical, electrical, calibration, manufacturing and validation engineers whose job it is to keep the business moving and the company’s processes working at all times.

Over 40 companies attended the LFE event – Beckman Coulter had a stand at which it displayed the products its makes, including urinary analysis strips, as well as giving students real-life demonstrations of its technology in action.

Tom Finnegan added: “We demonstrated our camera technology –  a vision inspection system which shows how we inspect the labels in the products. That stirred up a lot of interest which gave us an opportunity to explain the various roles that we have at Beckman Coulter.”

Tom said he and his team emphasised to students that the key skill required in engineering is problem solving. “A lot of students were asking should they concentrate on, for example, mechanical engineering or electrical. Our advice is that each university course gives you the skillsets that you need and in industry it is relatively easy to move into the different disciplines.

“The students were highly engaged. We were visited by students from a school in Cavan and a father and daughter from Listowel who were there to understand better what engineering within manufacturing is all about and to see what is required.

“They asked very probing questions. I was really moved that the parent took such an interest in helping his child to understand the requirements. They were very interested in knowing that Beckman Coulter has many chemistry and science graduates, we don’t just stop at engineering. They were saying, ‘oh wow, you can have all those different skillsets coming together?’.There was a real buzz.” We also had Syrian and Egyptian students talking to us.”

The primary goal of LFE, a free event, is to increase the quality and quantity of engineering talent (apprentice, technicians and engineers) available in the Mid-West. 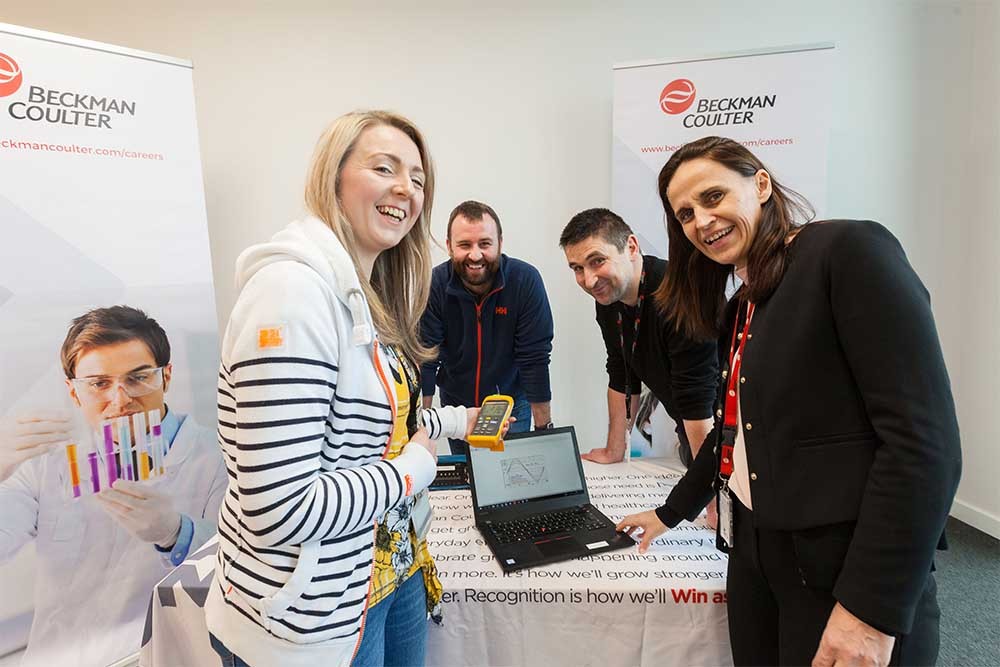 Beckman Coulter Site Director Orlaith Lawler said: “We want to play our part in growing the talent pool of engineers in Clare, Limerick and the region as a whole. This longer-term strategy will hopefully see more young people taking an interest in STEM subjects and choosing to become engineers.”

Engineering as a career has become increasingly popular in recent years. Different roles often can combine skills such as problem solving and data analytics with newer cutting-edge work practices such as artificial intelligence and robotics.

Finnegan is keen to stress that there are varied avenues open to becoming an engineer. Beckman Coulter, for example, funds some of its own employees to complete engineering degrees, while working-full time for the company.

“You can go to university or go the apprenticeship or technician route or work towards becoming a fully-fledged engineer in a way that suits you. It’s important for young people to know there are many different career paths.”

**Students can visit the Beckman Coulter stand at LFE 2019 which is a FREE event with free car parking on the evening. For more information, see: