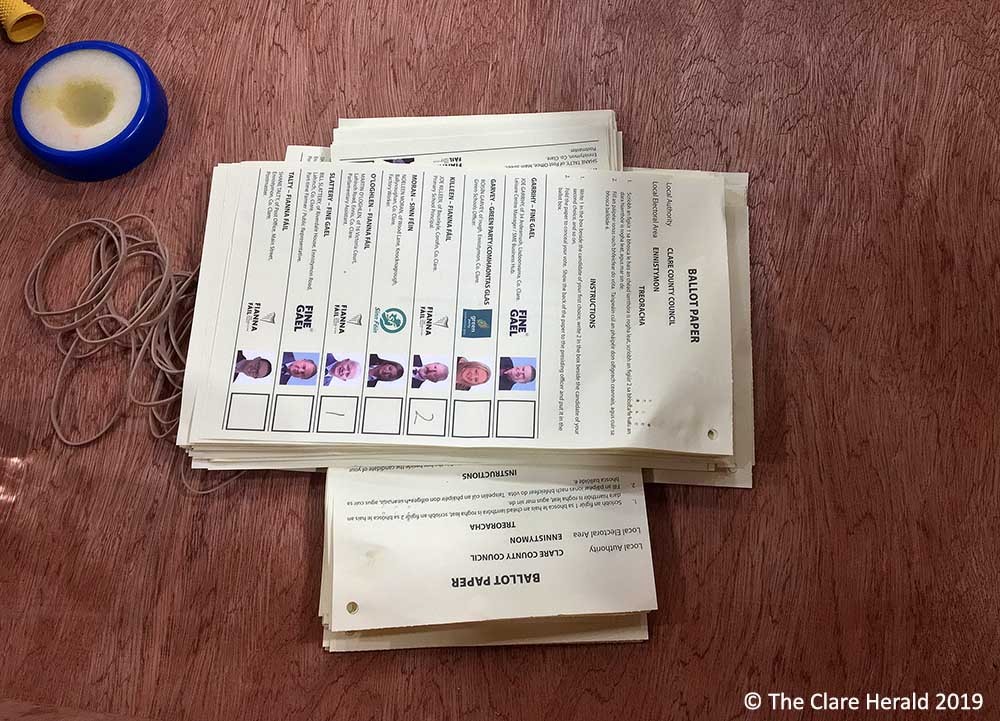 The make-up of Clare County Council for the next five yeas has been confirmed following a two-day count at Treacy’s West County Hotel in Ennis.

51 candidates battled for 28 seats the across the 5 electoral areas of Ennis, Ennistymon, Kilrush, Killaloe and Shannon.

The counting of votes and election of candidates for the Ennistymon Electoral Area concluded on Saturday evening with first-time candidate Shane Talty topping the poll.

The count for the Shannon Electoral Area wasn’t without controversy however with a full recount of votes being requested.

Counting had concluded and the winning candidates announced when Fine Gael requested a full recount of votes. Only four votes separated Fine Gael’s Garreth McPhillips and Independent Gerry Flynn resulting in Flynn’s election on the 6th count along with Fianna Fáil’s Pat McMahon and Mike McKee of Sinn Féin. McPhillips and his team requested a full recount of votes.

CEO Pat Dowling later confirmed that a recheck of the ballots showed “an equality of votes” but that the candidate with the most first preference votes would be the winner.

Mr McPhillips and Mr Flynn had shaken hands and appeared to have resolved the matter when it was pointed out that it was a full recount that had been requested and not a recheck.

Pat Dowling returned to the stage and confirmed that having consulted with both parties, a full recount would be undertaken.

Following the recount, it was found that both candidates had finished level but the Mr Flynn was elected on the basis that he had more first preference votes. As a result, the original declaration remained unchanged.

Below is how the counts finished confirming the newly elected members of Clare County Council; their first preference votes and the count on which they were elected or eliminated. 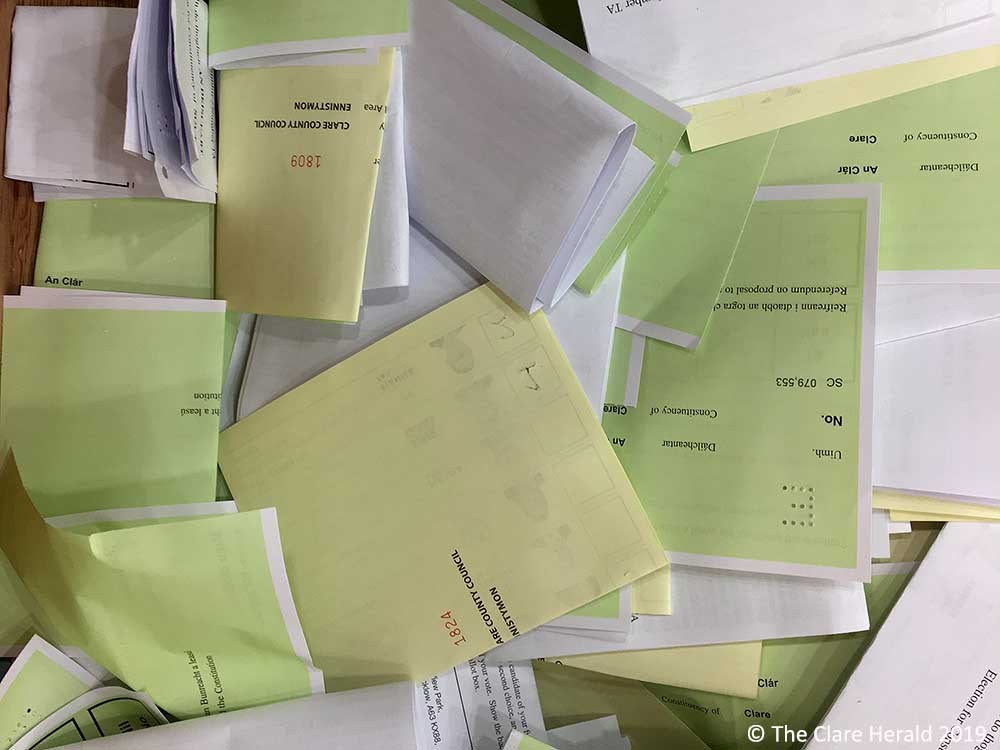 The referendum on divorce was passed by large majority with 82.1% voting in favour and 17.9% voting against national.

The declaration was made at Dublin Castle in the early hours of this morning.

Result for Clare was announced on Saturday in Ennis.