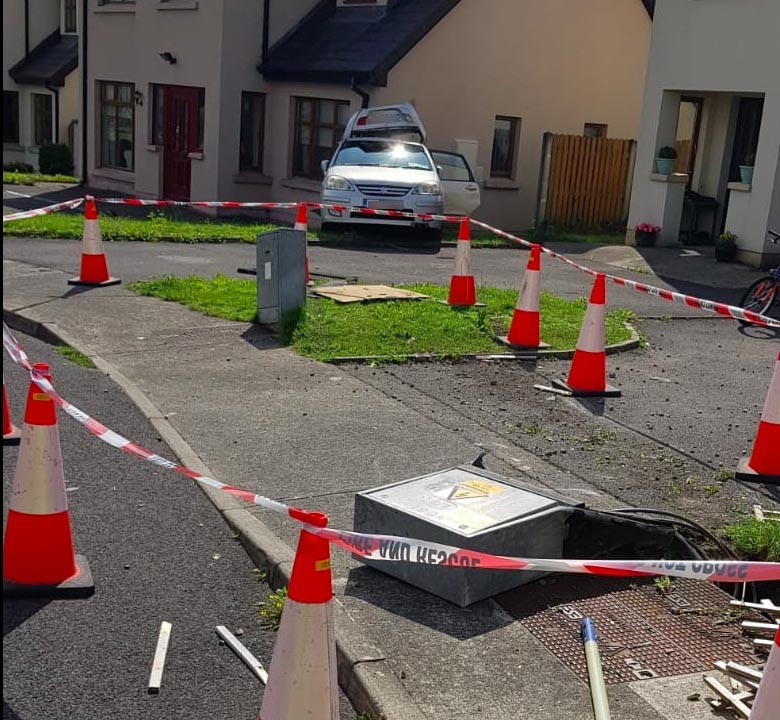 Three young children had a narrow escaped after a car accidentally reversed through two electricity pillar boxes, two front gardens before smashing into a house in Co Clare.

The elderly driver of the car also escaped injury in the incident which happened at around 2.00pm in the Laghtagoona housing estate on the Kilnaboy Road out of Corofin.

The Suzuki car is believed to have reversed about 50 feet down a hill where it collided with one ESB pillar box, smashed through a second and careered through the gardens and driveways of two homes.

Three children playing in the front of one of the houses are said to have been very lucky not to have been struck by the car. It’s understood they were standing just six feet from where the car passed them in their front garden.

Two units of the Clare County Fire and Rescue Service from Ennis station along with ambulance paramedics and Gardaí were sent to the incident.

Fire crews quickly secured the scene and cordoned off the area around the damaged electricity pillar boxes while ESB engineers were requested to attend the scene also.

National Ambulance Service paramedics assessed the driver of the car but found that although shaken, she was otherwise uninjured. The woman did not require hospitalisation. The children were also unharmed.