Fire crews from Shannon were dispatched to the city centre fire early this morning in support of colleagues from Limerick City Fire and Rescue Service.

The blaze is thought to have broken out shortly after 7am on Barrington Street. It’s understood the fire began in a downstairs flat and spread to the rest of the building including at least one business unit.

The street was closed to traffic while fire crews dealt with the incident. There are no reports of injuries while it’s not known how the fire began. 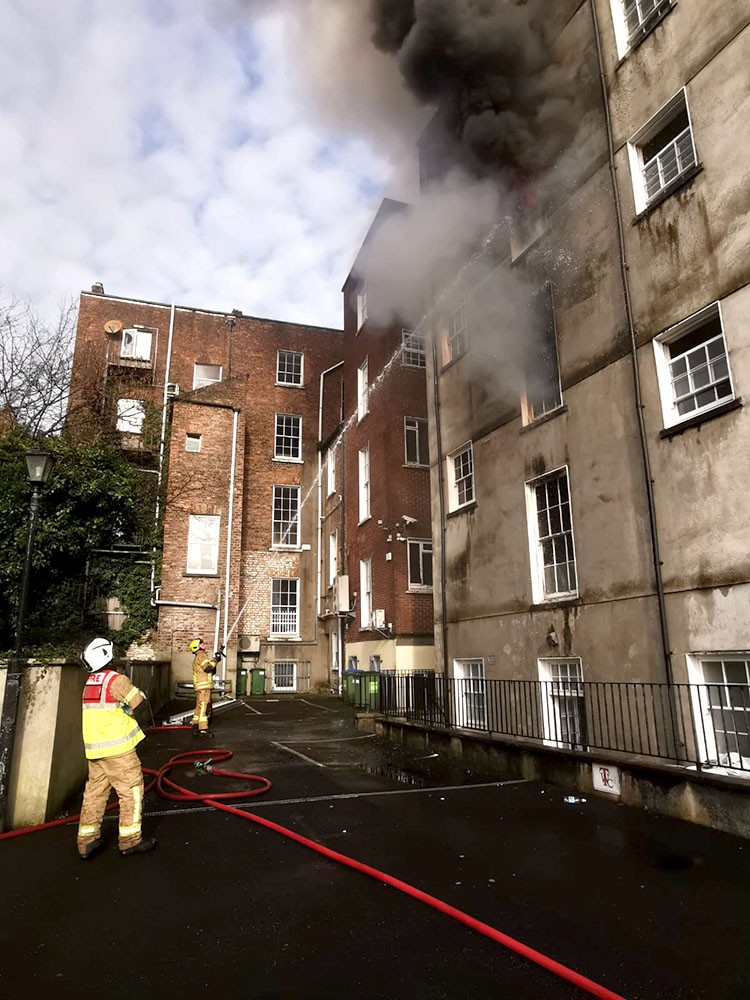