Landowners are being advised of the current high fire risk that exists during the current fine weather.

Arising from continued high pressure dominated weather patterns systems a high fire risk is deemed to exist in all areas where hazardous fuels such as dead grasses and shrub fuels such as heather and gorse exist.

Based on recent fire incidents, most ignitions risks appear to be associated with illegal burning of upland vegetation. Additional caution is also required in areas where active turf cutting is taking place.

Members of the public intending to visit forests and other recreational sites are reminded of the requirement to remain within 2km of their homes and to adhere to regulations introduced to limit the spread of Covid-19.

Vehicles should not be parked at site entrances or impede emergency service access to forest roads.

Fire behaviour and initial spread rates are likely to be influenced by lower afternoon humidity levels and light to moderate wind speeds during the lifespan of this warning, and wind speeds may exceed 30km/h in some areas.

Landowners are also advised that controlled burning is not permitted. Earlier this month, Clare County Fire and Rescue Service requested all landowners to cease-and-desist all controlled burning in an effort to reduce the demands placed on Emergency Call Operators and the Fire Service during the ongoing COVID-19 public health emergency.

“Should landowners ignore this notice and proceed to carry out any burning and a 999 emergency call is received relating to a fire on their property, then the Fire Service will be mobilised to attend and extinguish the fire in addition to this all the costs associated with the attendance of the Fire Service will be invoiced to the property owner,” a spokesman said.

The Department of Agriculture, Food and the Marine is asking landowners to be prepared, be vigilant and stamp out forest fires. 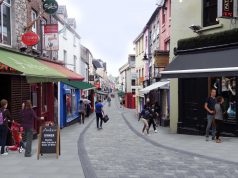