Ryanair looks set to resume services from Shannon Airport from next month following a false start in April.

Last October, Ryanair confirmed plans to close its base at Shannon Airport for the winter period with the loss of six service.

In December, the carrier hosted a press conference at Shannon Airport where airline CEO Eddie Wilson announced plans to resume services from Shannon on April 1st. While this didn’t happen, the carrier now expects to recommence flights from June 1st.

A post on LinkedIn, a business and employment platform, indicated what services the airline will operate from the first of next month.

It’s understood that Ryanair will operate 4 services weekly to London Stansted  and twice weekely to London Gatwick. Two weekly flights will operate between Shannon and Barcelona (Reus), Warsaw (Modlin), Wroclaw, Krakow as well as Kaunas. It’s already possible for these flights to be booked on the carrier’s website.

While there has been no mention of resuming services on the Malaga route, it is currently possible to book at flight to the Spanish airport from June 18th. Travellers can also make bookings for flights to Fuerteventura from October 31st.

In April, the low-cost carrier announced plans to fly from Shannon to Corfu this summer. The airline is taking bookings for this route for flights beginning from July 2nd. 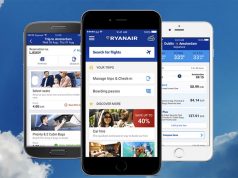