Clare Independent T.D. Michael McNamara has received confirmation from the Department of Education that school transport refunds will be issued on a staged basis over the next six weeks.

Responding to a Parliamentary Question by Deputy McNamara on the matter, Minister Norma Foley confirmed that Bus Éireann will from today commence issuing refunds to families who are due to receive a refund for the unused portion of their ticket for the period of school closures arising from public health measures/Covid-19 restrictions in the 2020/2021 school year.

Deputy McNamara, who first raised the issue of refunds with Minister Foley in Dáil Éireann on 3rd March, has welcomed the news.

“This is the correct decision by the Department of Education as thousands of parents will have paid in advance for transport to schools which were shut through no fault of their own or the Minister,” he stated.

Deputy McNamara added, “The refund due for each primary school student is €31, with the figure rising to €108.50 per post primary school student.  From today, families will receive an email from Bus Éireann if they are eligible for a refund.  The refund will be automatically made to the bank card used to make the payment, or by cheque if a card wasn’t used. Bus Éireann says refunds will be issued to all entitled family account holders starting from 30th June until mid-August.”

In response to Deputy McNamara’s Parliamentary Question, Minister Foley confirmed, “School Transport is a significant operation managed by Bus Éireann on behalf of the Department of Education. In the current school year over 114,100 children, including over 14,700 children with special educational needs, are transported on a daily basis to primary and post-primary schools throughout the country at a cost of over €224.7m in 2020.”

Further information is available from the Bus Éireann website. 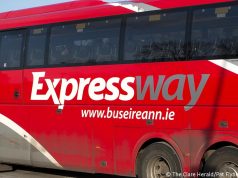