A Sinn Féin Senator has said that successive Irish governments should reflect on how their betrayal of Irish neutrality, through facilitating the use of Shannon Airport by US Military, has contributed to the 20-year war of occupation of Afghanistan.

Senator Paul Gavan was responding to the escalating humanitarian crisis in Afghanistan brought about by the US Military washing its hands of the mess it had created in the country, which paved the way for the Taliban to take control in a matter of days.

Senator Gavan said: “The history of Afghanistan has been one of tragedy for many decades now. The US has left a legacy of chaos and carnage behind them, and successive Irish governments should reflect on how their betrayal of Irish neutrality facilitated this.

According to data from Harvard University and the Brown University Costs of War project, 172,000 people have died directly as a result of the war waged by US forces.”

“This figure does not include thousands more who died as an indirect result of the conflict due to displacement and disease, or the hundreds of thousands more people forced to flee as refugees.

Many of those US forces made their way to that war via Shannon Airport. Some of the military hardware, and aircraft used for mid-air refuelling of bombing raids, made their way via Shannon,” Senator Gavan said.

“Our Minister for Foreign Affairs has some neck to describe US policy in Afghanistan as ‘a catastrophic policy failure’ given that he and all other government parties were happy to underwrite that policy failure for the past 20 years by facilitating US Military use of Shannon.

“The US occupation of Afghanistan has been an unmitigated disaster for the Afghan people. Their insistence on propping up a deeply unpopular and corrupt government sealed their fate, and has led to the Taliban winning back power, a further calamity for that country, most especially for women and children,” he added.

“Irish people are proud of our status as a neutral country – this has consistently been reflected in opinion polls, which show strong public support for Ireland to retain its neutrality. But over the past two decades, governments of Fianna Fáil, Fine Gael, the Green Party, and indeed the Labour Party, have ignored the will of the Irish people, and have facilitated the United States invasions of Afghanistan, Iraq and elsewhere.

“The clear lesson to be learned from all of this, and something Sinn Féin has been saying for two decades, is that US Military should have no place in our civilian airport in Shannon. Ireland should be an independent voice for peace and justice in our world, not a rubber stamp for US Imperialism across the globe,” he concluded. 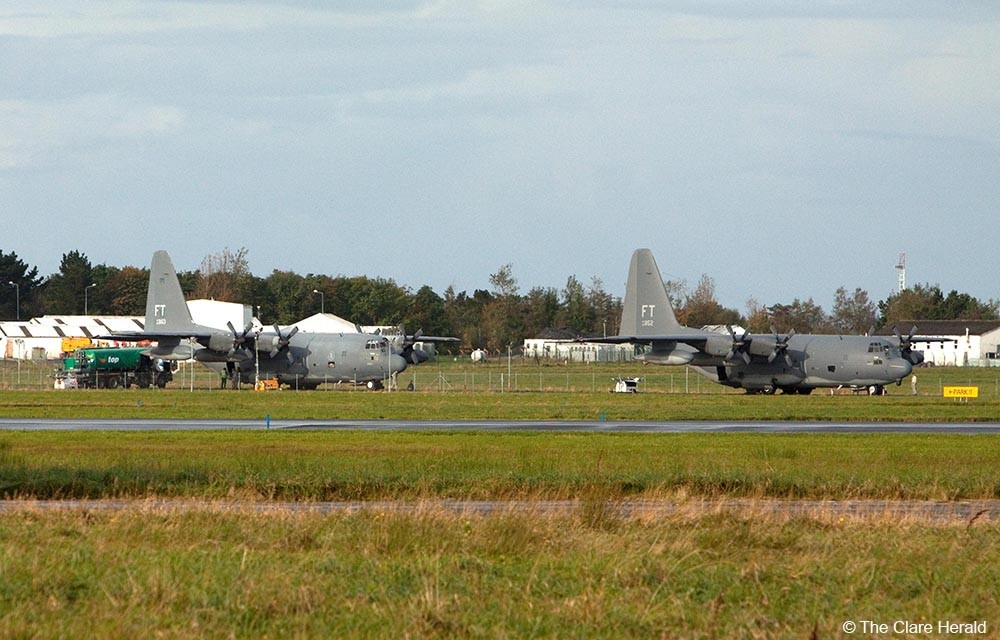