Clare Independent T.D. Michael McNamara has requested the Department of Rural and Community Development to publish the criteria for a newly announced funding scheme to support recreation facilities and outdoor tourism in forest parks and other Coillte sites.

County Clare does not feature amongst the 16 counties, including Galway, Kerry and Limerick, which are set to receive funding under the €1.2 million scheme.

Deputy McNamara says Minister Heather Humphreys, who announced the funding on Friday, should publish the awarding criteria given that County Clare is the 7th most afforested county in Ireland.

“Given that Clare is one of the most afforested counties in Ireland, both in terms of the size of area under forestry and the proportion of the County that is afforested, it is deeply disappointing that it is not receiving funding under this scheme,” explained Deputy McNamara.

“Community groups and voluntary organisations, along with Clare County Council and others, have developed and maintained many woodland walks and trails throughout the county in recent years.  I would have thought that sites such as Cratloe Woods, Moylussa, Ard Aoibhinn, Knocknageeha in Killanena, Dromore, Ballybeg, Lees Road and Mount Callan, amongst others, between them offered scope for development.” 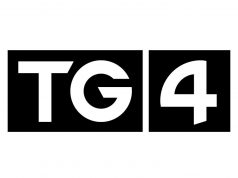