Volunteers from Clare Civil Defence deployed drones with thermal imaging capability in a search for missing person at the weekend.

At approximately at 1.30am on Saturday, Clare Civil Defence was contacted by Gardaí from Ennis and requested to assist with a search in the Ballyalla area outside Ennis where the missing person was last seen.

An initial search team, including members of the unit’s Drone Crew, was dispatched to Ballyalla Lake.

The Civil Defence drone was launched to conduct an extensive search of the water’s edge and the surrounding area. As it was dark, the drone pilot engaged the Thermal Imaging Camera (TIC), which allows for the pilot and a spotter to focus on heat sources – particularly that of humans.

After a short time, both the pilot and spotter identified a very faint heat source, in what looked to be extremely heavy undergrowth. A member of the Clare Civil Defence Search and Rescue team and a member of An Garda Síochána made their way to the identified area to investigate the heat source.

As they approached the area, they both called out in the hope that there may be a response. A faint cry for help was heard but given the poor light and the very heavy undergrowth, neither could establish exactly where the call for help was coming from.

The Civil Defence drone pilot was able to direct searchers to the exact location and soon afterwards the missing person was extricated from extremely thick undergrowth by the Civil Defence volunteer and Garda.

The rescued person was assessed for any injuries by a Clare Civil Defence Paramedic; was found to be uninjured and was safely handed over to the care of An Garda Síochána.

Clare Civil Defence, with the generous assistance of the Civil Defence Branch of the Department of Defence and Clare County Council, recently purchased a state-of-the-art DJI Mavic 2 Enterprise Advanced drone.

The Mavic 2 has several innovative features including a Thermal Imaging Camera (TIC), Infa-red (IR) capabilities and a loudspeaker through which the pilot can send out voice commands.  The TIC capability of the drone proved to be an invaluable asset in the location and recovery of the missing person.

In addition to the aforementioned, 32 members of the Clare Civil Defence Search & Rescue Team have, in the last few months, successfully completed a Missing Person Search Responder course.  This course was formulated as a result of collaboration between the Civil Defence Branch of the Dept. of Defence and An Garda Síochána.

The Civil Defence spokesperson said: “This successful search & rescue operation highlights the professionalism and extremely high standard of training that the volunteer members of the Civil Defence achieve. The coherent and long-standing relationship that exists between An Garda Síochána and the Civil Defence, particularly with regards to missing person searches, is the foundation on which this tasking and many other operations lead to very rewarding outcomes.” 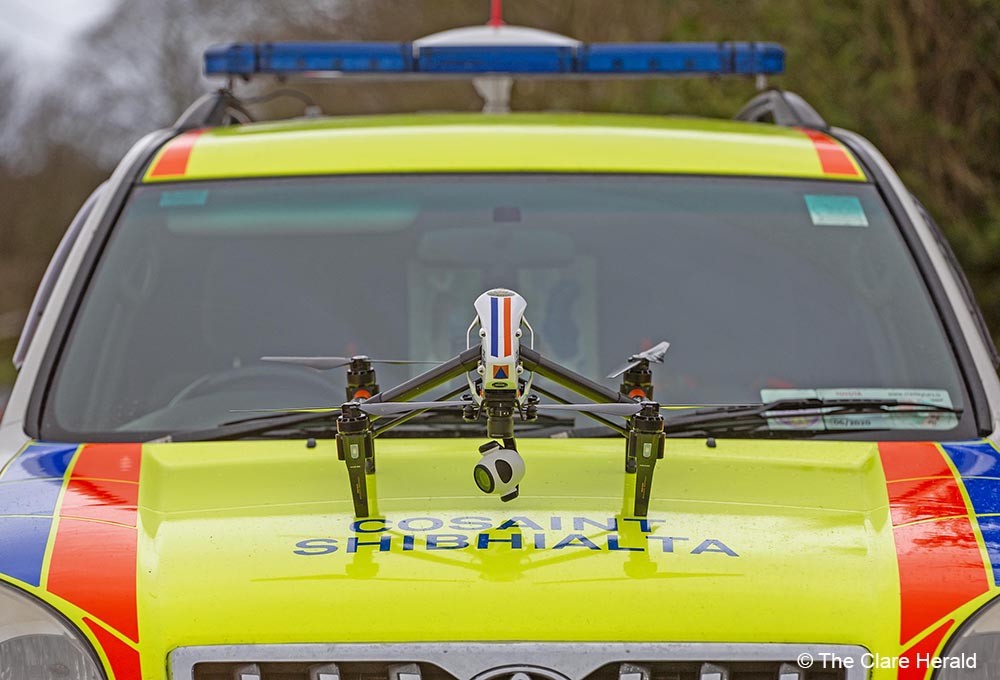 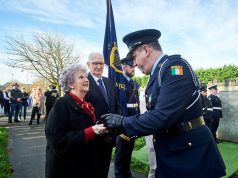