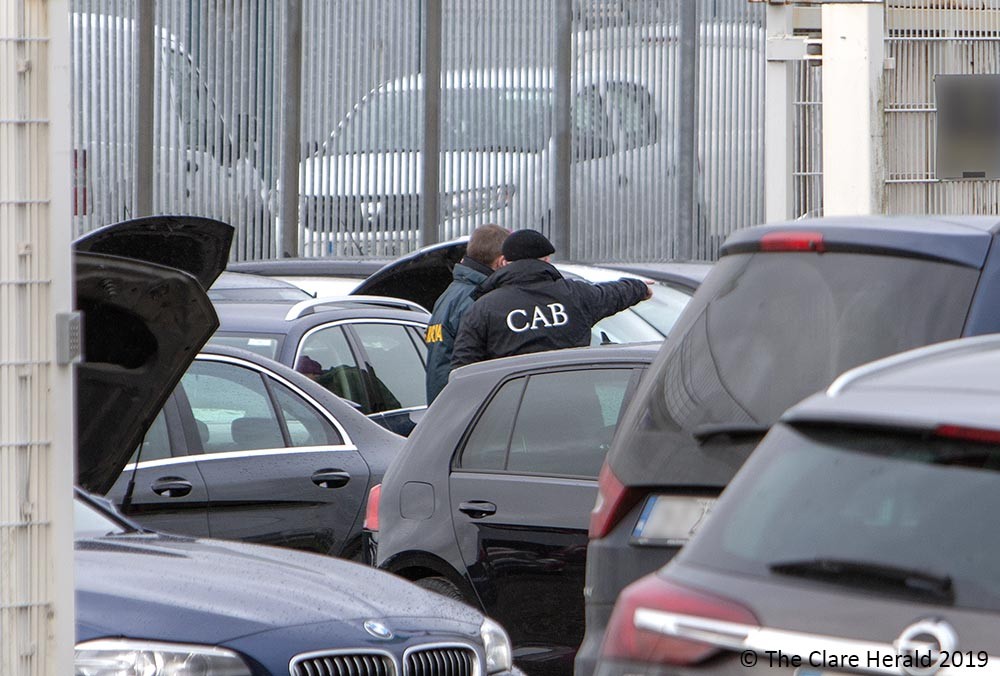 Today, the Criminal Assets Bureau (CAB) is marking 25 years since it was established.

The establishment of the Bureau followed the murders of Detective Garda Jerry Mc Cabe and Journalist Veronica Guerin in June 1996. The Bureau is a key part of the armoury of the State in tackling criminal activity, in particular serious and organised criminal activity, through depriving persons of their ill-gotten gains and disrupting the resources available to support criminal activity.

The CAB set up to deny and deprive people of the proceeds of their criminal conduct by the enactment of the Criminal Assets Bureau Act 1996.

It began with a modest budget allocation which met the needs of the Bureau in the initial stages and substantially increased over the course of the last 25 years as the demands of the Bureau evolved. Likewise, the number of staff within the Bureau has grown during this period in response to increased demand.

The Divisional Asset Profiler Network began in 2004 with just 25 Divisional Assets Profilers trained; this number has now risen to 553 across the country.  As a result of this, there has been an increase in Targets both nationally and internationally. The value of Proceeds of Crime cases increased from 6 in 1996 to 31 in 2020 resulting in the remittance of approximately €5 million to the Exchequer.

The Criminal Assets Bureau continues to upgrade and enhance the training needs of Bureau Officers and staff. In September 2020, the Bureau commenced, in conjunction with the University of Limerick, the Proceeds of Crime & Asset Investigation Course (POCAI).

The Criminal Assets Bureau depends greatly on Good Citizens Reports. The Bureau is interested in any information in respect of unexplained wealth, which is suspected to derive, directly or indirectly, from criminal activity.

– 1,851 Targets nationally and internationally (figure includes 35 living outside of Ireland)

– Over 25 years Revenue Bureau Officers have collected in excess of €161.4m

– Over 25 years Social Welfare Bureau Officers have recovered in excess of €5.03m 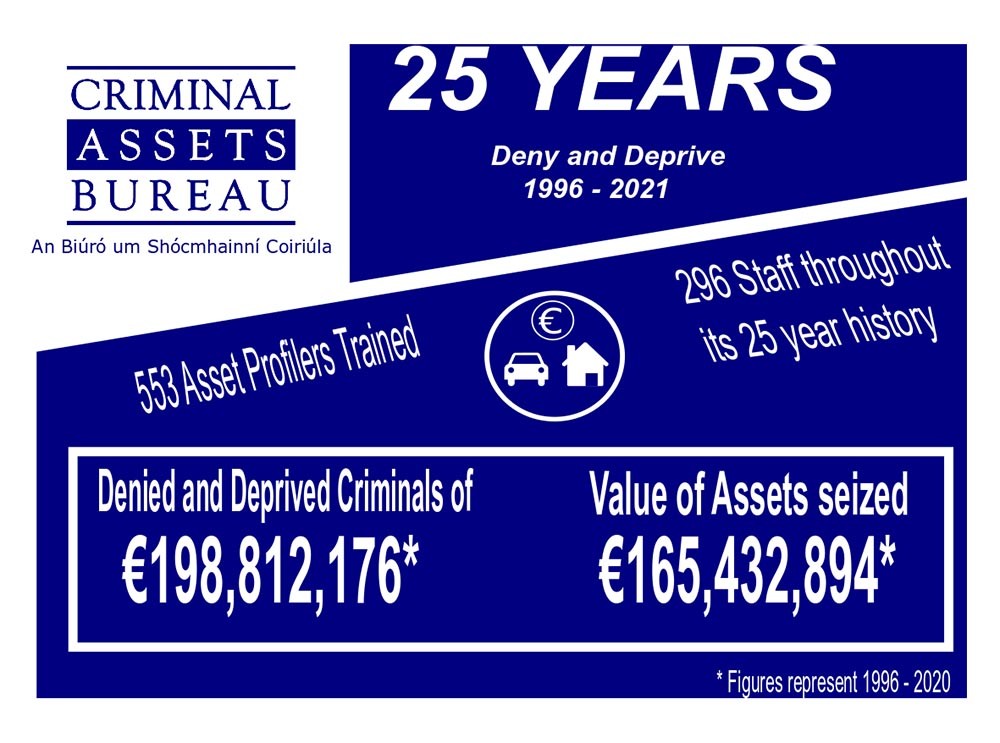