Claims of a ‘disconnect’ between Irish Coast Guard volunteers and senior management have been made before an Oireachtas Committee.

TDs and Senators on the Joint Committee on Transport and Communications told senior representatives from the Department of Transport and the Irish Coast Guard that they had been approached by volunteers from all over the country about serious concerns around bullying and grievance reporting procedures.

The standing down of the Irish Coast Guard unit at Doolin earlier this month was discussed at length.

Kieran Mulvey, former director general of the Workplace Relations Commission, has been appointed as a mediator for the unit, to try and resolve the issues.

Clare TDs Michael McNamara, Cathal Crowe and Joe Carey, along with Senator Timmy Dooley all spoke about the serious issues at Doolin and within the service generally.

Deputy Crowe expressed disappointment that the Irish Coast Guard and Department of Transport officials had appeared via Zoom rather than appearing in person.

Deputy Crowe spoke about the ‘disconnect’ between Irish Coast Guard management at Leeson Lane in Dublin and stations around the country.

“A lot of what we’re going to hear about today is about the geographical and operational disconnect that people feel there is with the Irish Coast Guard,” he said.

“It would have been far more helpful if you could be here this morning,” Deputy Crowe added.

A short time later, after technical difficulties arose with the Zoom feed from Leeson Lane, some members of the Irish Coast Guard management team made their way to the committee room in Leinster House to appear in person.

Acting director of the Irish Coast Guard, Mr Eugene Clonan, told the committee that volunteers were the backbone of the operation and they were “highly trained and highly valued”.

However, when quizzed on why the Doolin unit was ‘taken off the board’, he said there was a sense that HQ ‘didn’t do anything’ but they had in fact engaged with the unit and had appointed a HR company to try and resolve the issues tehre.

“The Doolin unit has been having problems for a number of years. There’s six who have resigned, there’s 12 left. The interaction between the team, I feel and from what my people are telling me, is not safe,” Mr Clonan said.

“I think that the view is held strongly in the area that the standing down of the unit, or taking the unit off (the) board is an indication that the entire process had failed.” 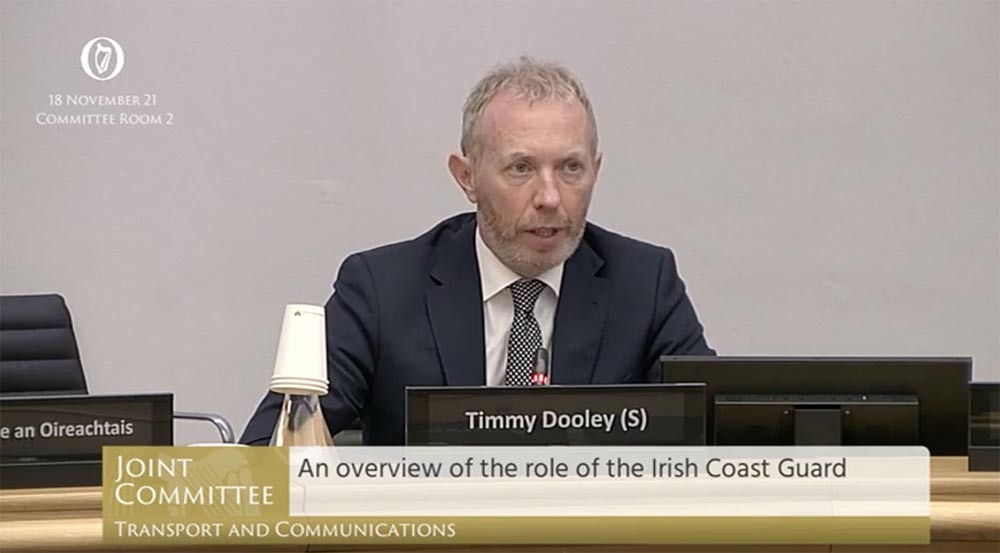 When asked by Deputy Joe Carey about reinstating some services provided by the Doolin unit such as ambulance assist calls and allowing them to resume training, Mr Clonan said once the mediation process was completed this might be possible.

Mr Clonan added that volunteers already had a representative body called the Coastal Unit Advisory Group (CUAG). It consists of nine members who are voted in by volunteers, and they are involved in decisions about management, equipment, training and safety.

Questions were however raised about whether CUAG was in fact a representative body for the volunteers.

Mr Clonan said a review of the CUAG occurred in 2018 at volunteers’ request. He said this group can represent volunteers who have grievances, but he admitted that this was rare.

“There is also an internal complaints and grievance procedure, but Coast Guard volunteers cannot go to the Labour Court to appeal the outcome of these proceedings as they are not paid employees,” Mr Clonan siad.

The Joint Committee on Transport and Communications has 14 Members, nine from the Dáil and five from the Seanad.