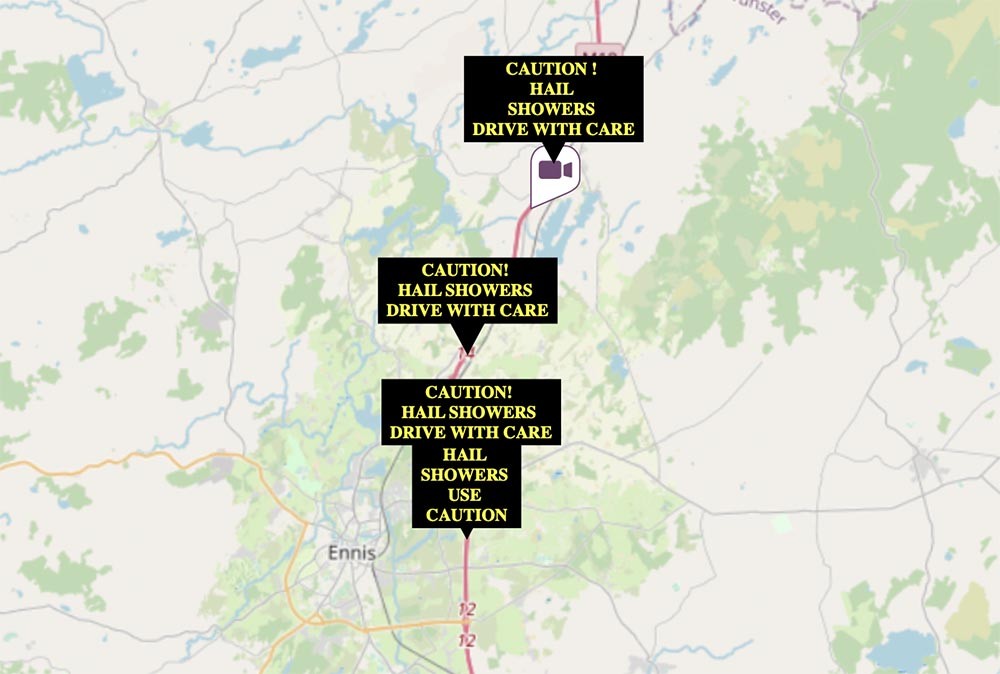 One person was hospitalised and the M18 motorway between Clare and Galway closed for a time this afternoon following two road traffic collisions at the same location.

Both single-vehicle crashes occurred shortly before 3.00pm in the southbound lanes of the motorway just north of Crusheen. There was a heavy downpour of hailstone reported in the area shortly before the incidents.

One car lost control and collided with the inside crash barrier while a second car travelling behind skidded and struck to central concrete barrier.

Units of Clare County Fire and Rescue Service from Ennis and Shannon stations were mobilised to the scene along with National Ambulance Service paramedics and Gardaí.

The motorway was quickly closed while to allow emergency services safely deal with the collisions.

The occupants of both cars were assessed at the scene by ambulance paramedics and one person was transported to University Hospital Limerick for further treatment but it’s thought this was just as a precaution. 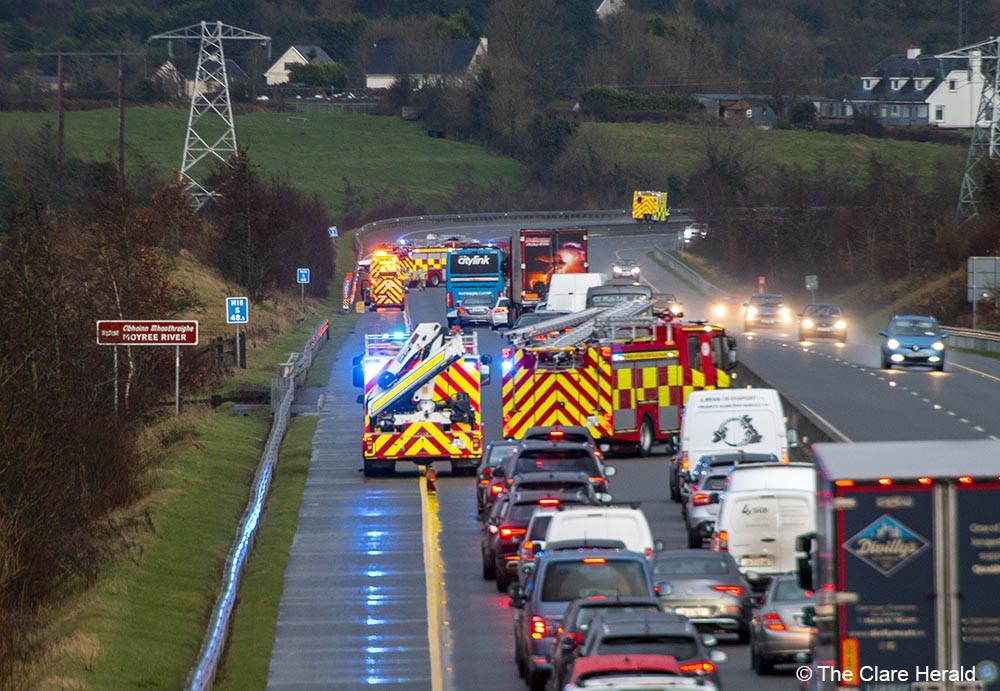 Traffic in both lanes was left backed up for several kilometres until the route was reopened again at around 4.15pm.

Three separate incidents occurred on the M18 a short distance from the scene of today’s accidents while others happened on the R458, the old Ennis to Galway road, near Crusheen. Three elderly people were hospitalised following one of those incidents however this was a precautionary measure. 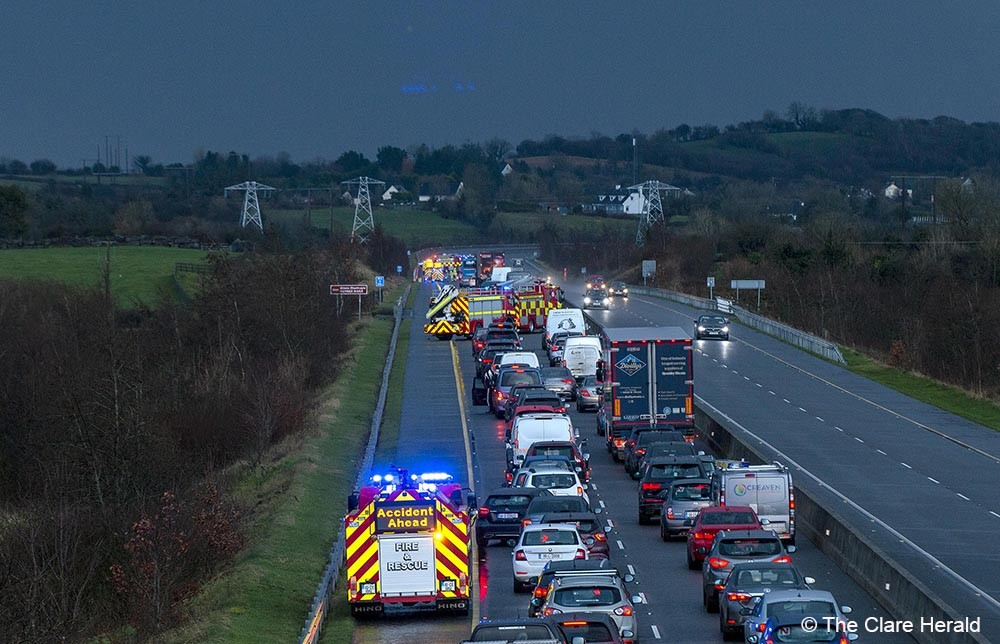