Two motorists were arrested on suspicion of drug-driving while two ‘dangerously defective’ trucks were grounded at a multi-agency checkpoint on the M18 in Co Clare today.

A number of other detections were made during the Garda-led operation which was mounted between 10am and 2pm on the M18 northbound near Barefield. An Garda Síochána, Customs/Revenue, the Road Safety Authority (RSA), the Health and Safety Authority (HSA) and the Department of Social Protection all took part in the operation.

Inspectors from the Department of Social Protection conducted over 200 road-side interviews. A number of cases are being followed up with further investigation and it’s understood that some of these involved people receiving social welfare payments while working.

Officers from Revenue/Customs checked 175 vehicles for green diesel and made one confirmed detection. That vehicle was seized at the scene while diesel samples from 12 others will be sent for analysis.

A number of other detections in relation to unpaid Vehicle Registration Tax (VRT) were also made and are being investigated further.

Inspectors from the Road Safety Authority (RSA) found two trucks were ‘dangerously defective’ and these were grounded at the scene before being towed away. 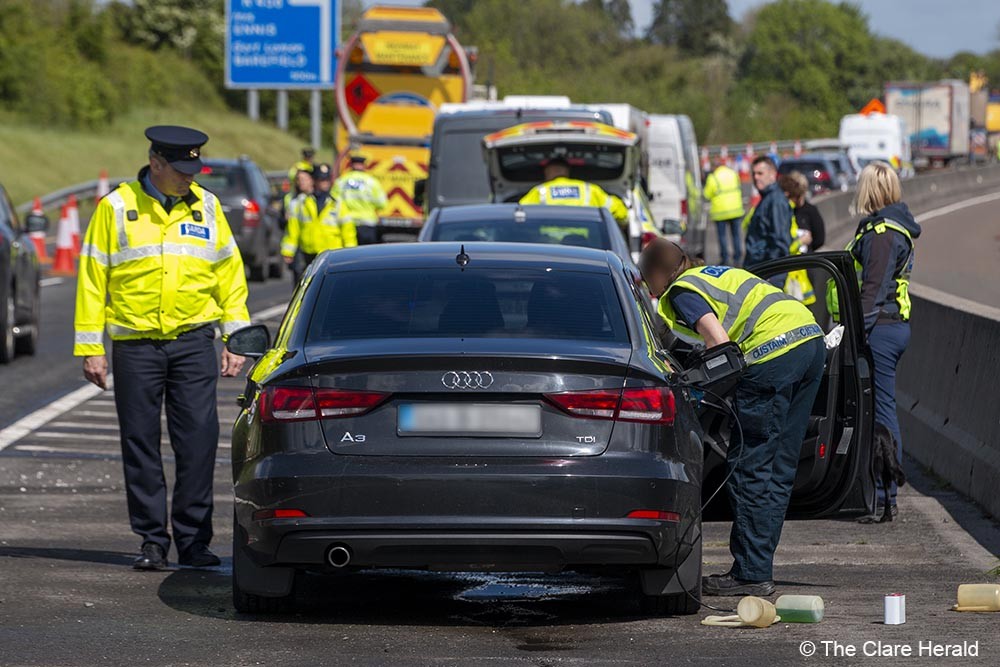 Another heavy goods vehicle was discovered to be 10 tonnes heavier than it should have been. The driver had to make arrangements for another truck to remove the excess load before he could continue his journey. Trucks were weighed at the scene by members of the Garda Roads Policing Unit using a mobile scales.

The Health and Safety Authority made two detections where vehicles were carrying loads that were not properly secured. A number of trucks were escorted off the motorway to a side road so that their drivers could make their vehicles safe before being allowed continue on their way.

Gardaí also carried tests for drug driving and made two detections. Both motorists were arrested at the scene. Gardaí detected several other breaches of the Road Traffic Act.

The head of the Roads Policing Unit in the Clare Garda Division, Inspector Paul Slattery said: “This was an intelligence-led multi-agency operation conducted on the M18 near Barefield. The purpose of such checkpoints from An Garda Síochána’s perspective is to check and ensure that road traffic legislation is being complied with. The other agencies, with whom we are always delighted to work and cooperate, check for breaches of the law relevant to the area in which they operate.”

“In today’s operation a number of detections were made by each of the agencies involved. Some of these were dealt with at the roadside while others will require follow-up and further investigation,” Inspector Slattery added. 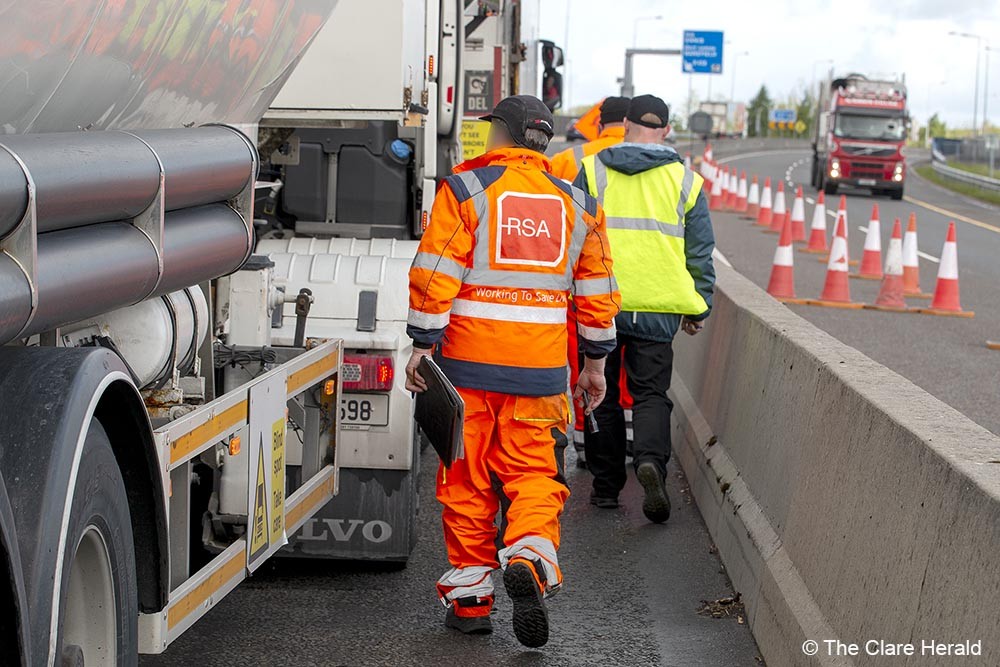