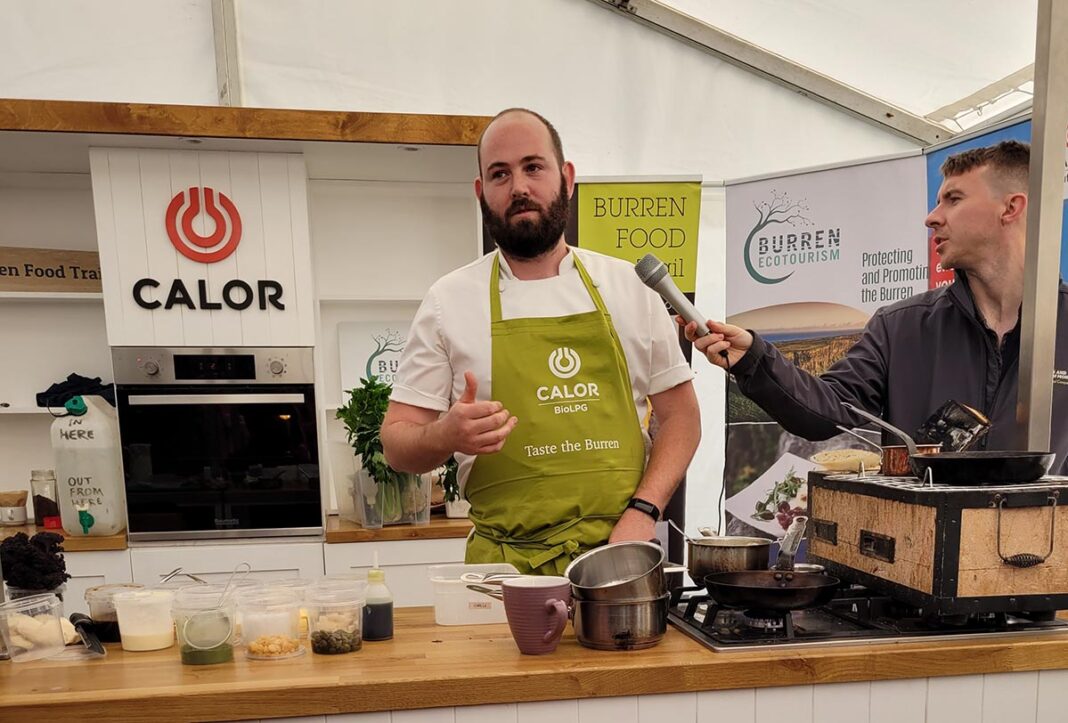 More than 500 people attended the Burren Food Fayre, which this year was held on a farm near Lough Bunny in the Burren at the weekend.

The event organised by the Burren Ecotourism Network was held in conjunction with Burren Beo’s ‘Winterage cattle drive’ which celebrates the centuries old practice of moving cattle to higher ground.

Farmers, walkers and visitors from all over Ireland gathered at the marquee at start of the walk to enjoy tea and scones, as well as sample some of the fresh Burren produce on offer.  After the walk was completed many returned to watch demonstrations in the Calor kitchen by Burren Ecotourism members; Chef Robbie McCauley from Gregans Castle Hotel and Glynn Trollip from Hotel Doolin, both members of the Burren Ecotourism Network.

Birgitta Hedin Curtin, Chairperson of the Burren Food Trail said: “We were delighted with the turnout on Sunday. The atmosphere in the marquee was electric, with people genuinely interested in the food story of the region and the opportunity to meet the producers and sample the food on offer. Produce included beef, cheese, seafood, jams and chutneys.”

Ms Curtin added that it was an opportunity for the producers, many of whom are farmers to share their special stories about food, agriculture and biodiversity of the region.

She said: “There really is no better place for visitors to learn about the region than from those who have farmed the land for generations.  It was such a pleasure to take part in this festival and we would like to thank the team at Burren Beo Trust, particularly Brendan Dunford and Pranjali Bhave for giving us this opportunity.”

Earlier this year, nine of the Burren’s food producers signed up to the ‘GEOfood’ concept, an international UNESCO initiative, which promotes sustainable agriculture and conservation and supports farmers and communities in the area.   Carol Gleeson from the Burren and Cliffs of Moher

UNESCO Global Geopark said, who gave a presentation at the event, commented: “Burrenbeo’s wonderful Winterage festival this year gave us the opportunity to promote GEOfood, a global brand developed by UNESCO Global Geoparks to represent 100% local sustainably produced food that has multiple environmental, social and economic benefits for local communities. It was a great fit for the overall theme of the Winterage programme and a very enjoyable occasion.” 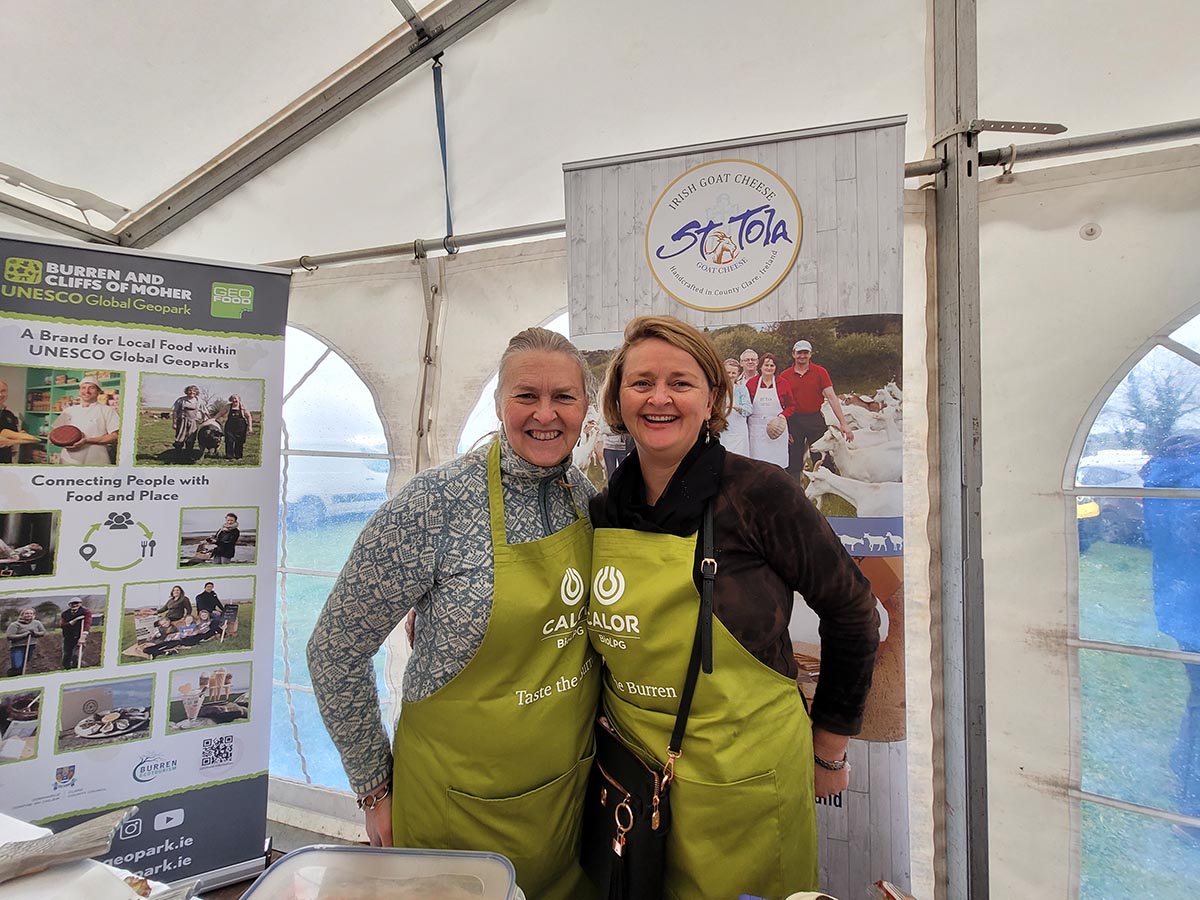 Siobhan Ní Ghairbhith, St Tola Irish Goat Cheese said; To be tasting our St.Tola cheeses including our St.Tola Karst cheese (named after the Karst landscape of the Burren )  in the heart of the Burren was truly unique.   I especially enjoyed, having conversations with people about the importance of protecting the beautiful area , its bounty and keeping the traditional methods of farming & producing food in the Burren, alive and flourishing.”

Commenting on the success of the Burren Food Fayre, Louise Carrick, Head of Marketing & CX at Calor Ireland said: “As part of our 12-month sponsorship of the Burren Ecotourism Network, Calor was thrilled to host two top quality locally-based chefs at the Calor Cooking Demonstration Area.

The turnout was remarkable as the chefs celebrated the best of local produce. The gathering highlighted the strong desire to learn more about high-quality ingredients and sustainable food practices. It was a real privilege to attend a great event and support local businesses in the region that are determined to make a difference to the local community.”