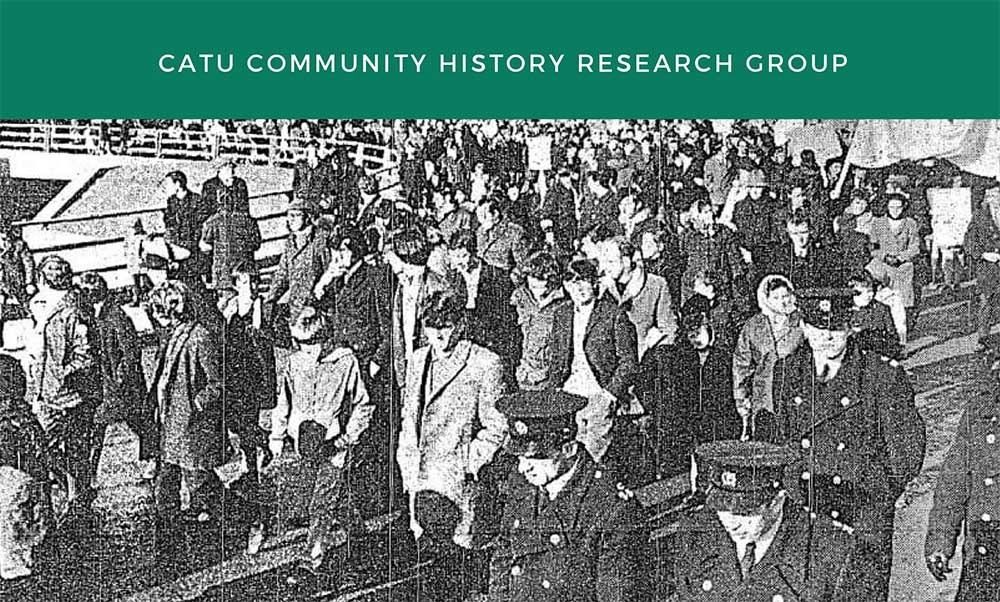 Anyone involved in 1970s rent strikes in Clare?

In the early 1970s there was a historic rent strike in Clare which helped spark a national tenants’ movement. Now researchers are looking to speak to anyone who took part.

Working with researchers from Maynooth University, members of the Community Action Tenants Union (CATU) are carrying out an oral history project on the history of housing activism in Ireland. They are focusing on the successful national rent strike which took place between 1970 and 1973 and was coordinated by the National Association of Tenants Organisations.

Clare was a key site in the national campaign with some of the most active areas including Newmarket-on-Fergus, Sixmilebridge and Shannon.

On April 1st 1971 the Evening Herald reported on a mass meeting in Shannon where tenants resolved to begin a rent strike if threatened rent increases were not withdrawn; “war was declared and the big stick – a rent strike – was taken out and blessed by the capacity attendance at one of the community halls.” In taking this action they were joining tenants in Newmarket-on-Fergus, Ennis and Sixmilebridge who had been withholding their rent since March 1970.

The tenants’ campaign elicited a strong reaction from Clare County Council who sought to evict rent-striking tenants in Kilnasoolagh Park, Newmarket-on-Fergus. An article in the United Irishman on November 11th 1971, reported that “a court officer forced a rear window of the home of James Walsh, chairman of the local Tenants Association, and council workers had put his furniture out on the street.” However, in a pattern seen elsewhere during the rent strike, the local community rallied and, according to the newspaper report, “neighbours soon helped them regain possession of their home.”

Dr Fiadh Tubridy, a CATU member and researcher at Maynooth University, explains that “these rent strikes were a huge social movement involving tens of thousands of people in Clare and other towns and cities around the country. Despite this, they have been almost entirely forgotten about. We want to make sure that these events and the experiences of the people who took part are properly recorded”.

The rent strike ended in August 1973 when a deal was negotiated between the tenants and the newly elected Fine Gael and Labour coalition government. Through their campaign, the tenants succeeded in winning lower rents and recognition of the National Association of Tenants Organisations as the official negotiating body for council tenants, which meant they had to be consulted about any proposals for future rent increases.

Aisling Hedderman, who runs CATU’s training and education programme, adds that “the rent strikes at this time were in response to high rents, poor housing conditions and a rising cost of living, much like what we are seeing now. CATU is a new community and tenants’ union which has been set up in the past few years. We want to understand what communities did in the past to improve their housing conditions and learn from their example.”

The CATU community history research group is looking to speak with anyone who was involved in the rent strike in Clare or who has relevant information. Contact the research team on catunato@gmail.com or 0877197874.” 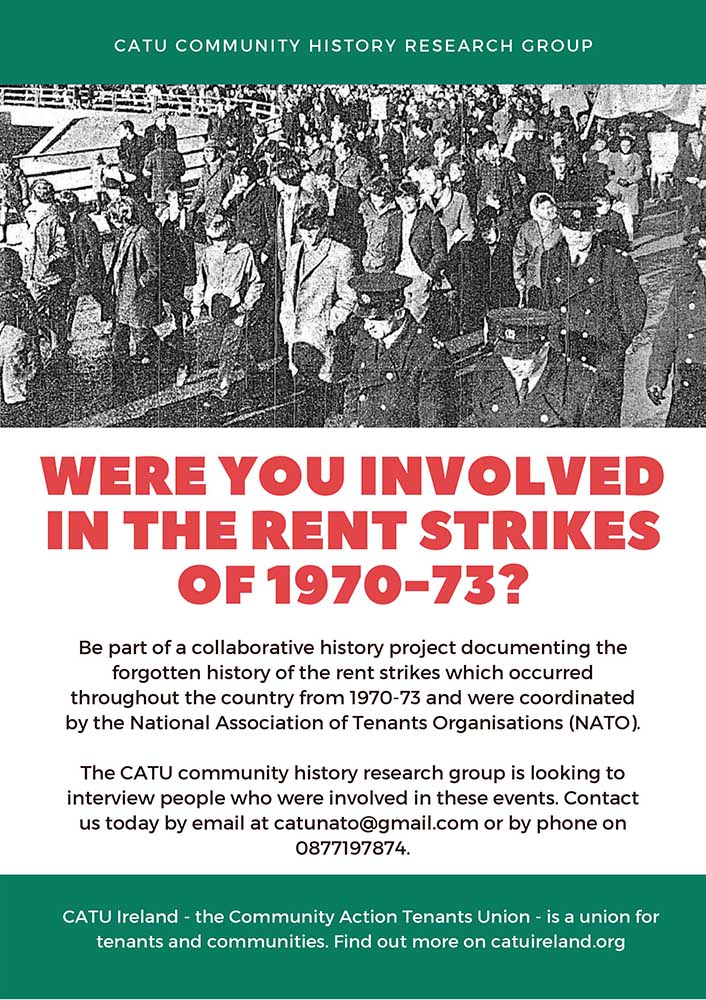