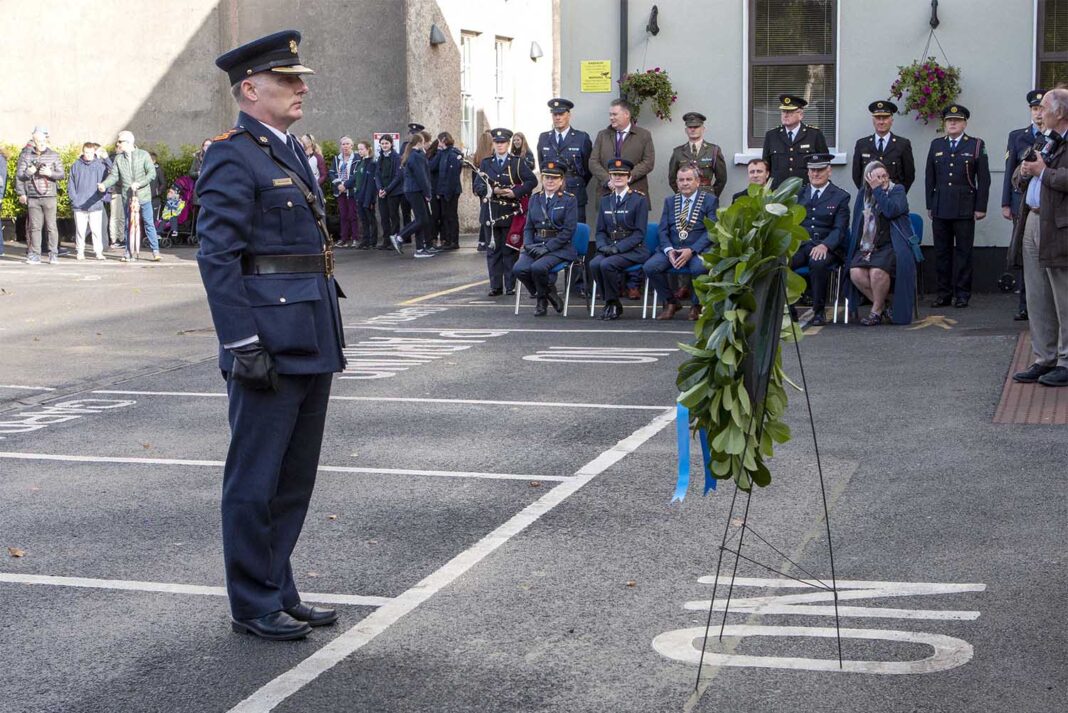 This year, An Garda Síochána celebrates 100 years since its formation in 1922.

Today, (October 7th) is the 100th anniversary of the arrival of the first members of the force in Ennis.

This historic event was marked today with a parade of members of An Garda Síochána, serving and retired, marching from O’Connell Square in Ennis to Ennis Garda Station lead by the Garda Band and Garda Ceremonial Unit.

The march from the Square down Abbey Street and in through the gates of Ennis Garda Station was a re-enactment of the arrival of Gardaí to Co Clare in 1922.

At Ennis station, the tricolour was raised a wreath laid while a commemorative plaque was unveiled at the former RIC Barracks which subsequently served as a Garda station.

Also at today’s event were retired members of An Garda Síochána along with serving officers previously based in Clare. Family members of Gardaí who died while in service or after retirement also attended and were presented with commemorative medals at an event in glór later. 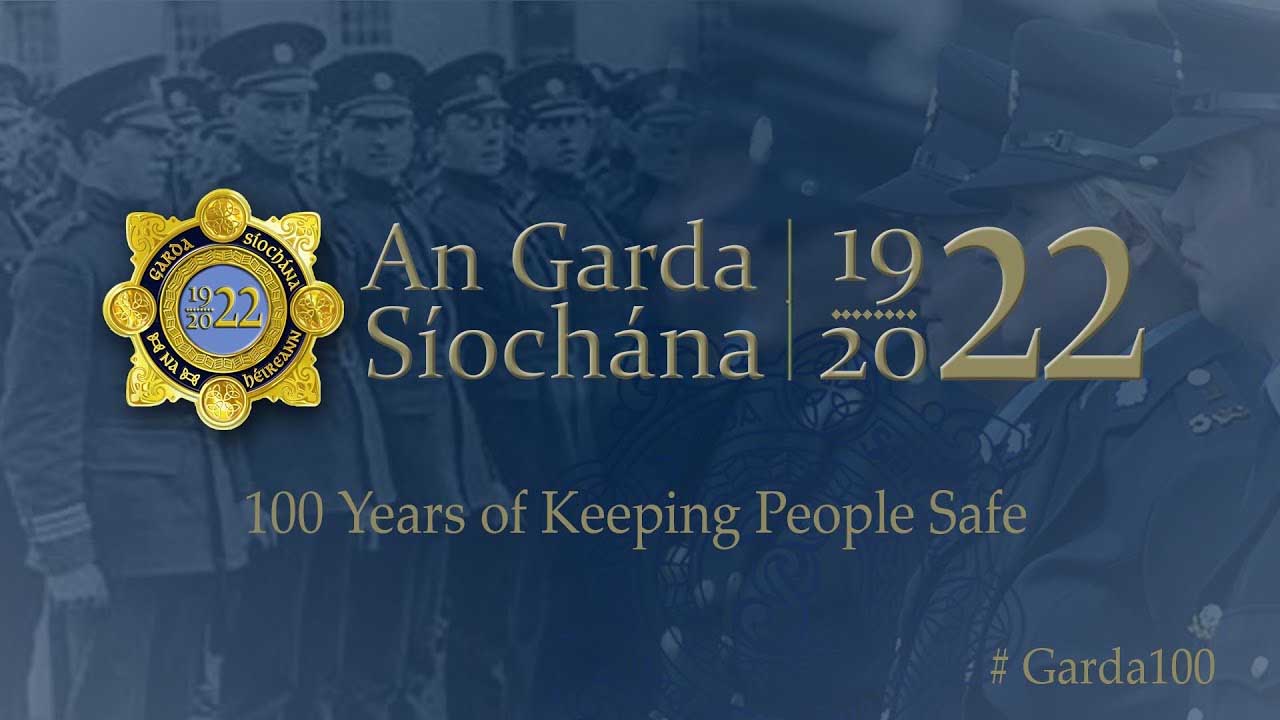