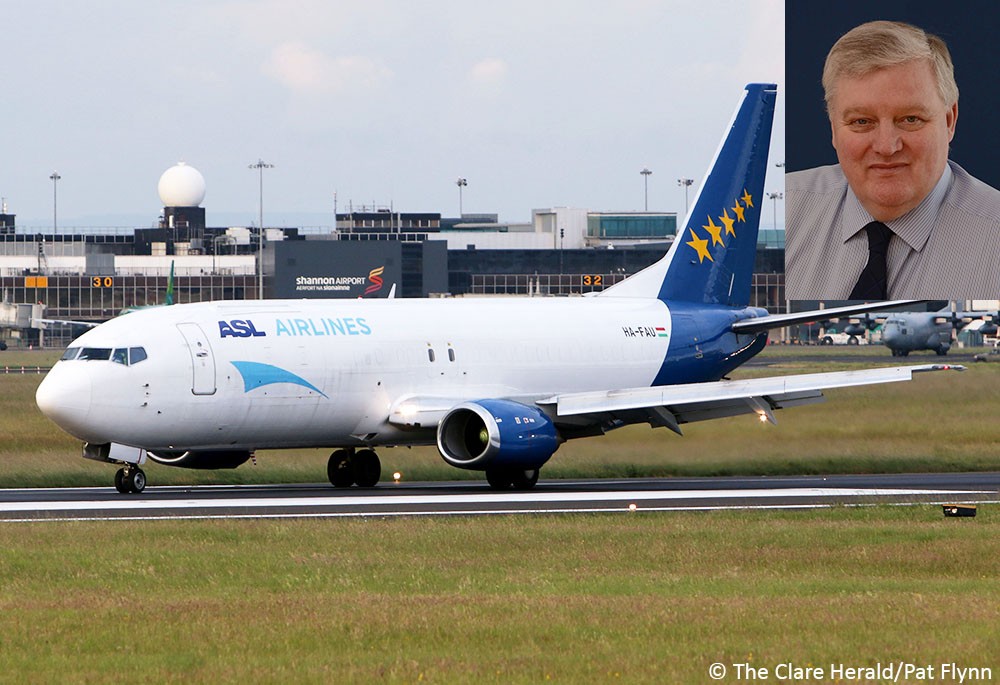 A Co Clare man has been elected President of the European Regions Airline Association (ERA) which represents 53 carriers, 22 airports (including Shannon) and 124 aviation companies comprising aircraft and aircraft engine manufacturers.

The ERA represents and lobbies for the interests of its members with all of Europe’s major regulatory bodies, including the European parliament, the European Commission, national governments and regulatory authorities. A major aim of the ERA is to raise the profile and importance of its members in the economic and social development of Europe.

His current responsibilities within the ASL Aviation Group include strategic communications, external and government relations, regulatory affairs and lobbying and crisis communications. ASL has 6 European airlines in Ireland, France, Belgium, Hungary, Switzerland and Spain and operates 140 cargo and passenger aircraft ranging from the turbo prop to Boeing 747 Freighters.

The company also operates several transatlantic routes from Shannon and Dublin for Aer Lingus as well as cargo services for FedEx, DHL and UPS. The company also has a maintenance at Shannon Airport.

Mr Kelly has been involved on the frontline of negotiating and lobbying with the EU and the European Commission for many years. As Vice Chairman of the ERA Industry Affairs Group he attended, made presentations and spoke on behalf of his own airline and the member airlines of the ERA at European Commissions hearings on major issues impacting the regional airline industry including passenger rights and the ETS scheme.

Having worked as Director of Corporate Affairs in Meteor, he lobbied extensively in the European Commission and Parliament on competition and the rights on the ‘challenger brand’ mobile telephone networks who were facing major problems with access and predatory competition by the large dominant networks.

From Shannon, Mr Kelly is still very much involved in the local community. He also worked previously in Limerick Echo, the Clare News before joining RTÉ News.

Andrew Kelly said: “I am delighted to have been appointed as ERA’s new President. I’m very much looking forward to working with the ERA leadership team and board members as we implement ERA’s future strategy and drive positive change in the European aviation industry.”

Lorna Reader, General Manager Corporate Administration at the European Regions Airline Association, said: “I am delighted to welcome Andrew Kelly as ERA’s new President and would like to thank outgoing President Boet Kreiken for his excellent work over the past four years.”